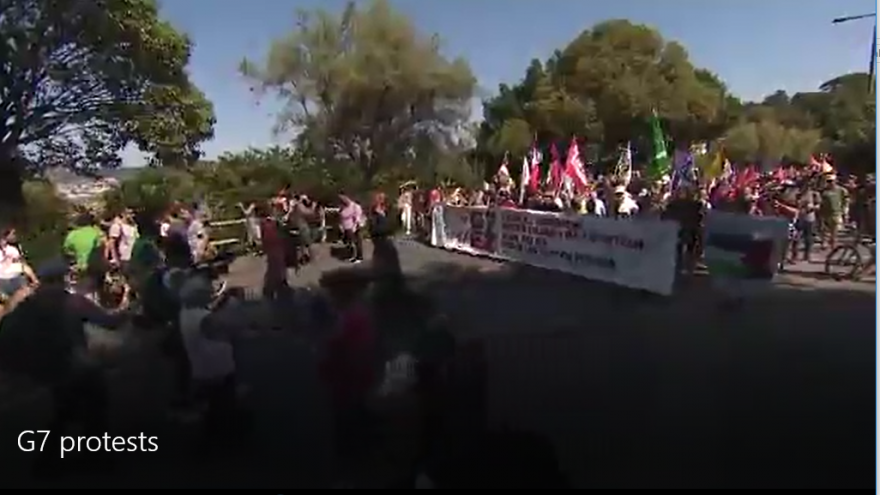 Protesters descended on the town of Hendaye -- on the French border with Spain -- to protest against economic and climate policies pursued by the world's leading industrial nations, Reuters news agency reported.

A spokesperson for the Prefecture des Pyrénées Atlantiques, however, told CNN they calculated an estimated 9,000 protesters at the height of the demonstration between the Hendaye and Irun areas.

The leaders of the G7 countries (Canada, France, Germany, Italy, Japan, the United Kingdom and the United States) began three days of talks in Biarritz on Saturday.

Police told CNN they had no figures yet on arrests on Saturday, but 17 protesters were detained the day before after undeclared demonstrations near Hendaye near where the G7 meeting is taking place.

Mortar fire and other projectiles were hurled at police and four officers were injured on Friday, the Prefecture of Pyrénées Atlantiques also said.