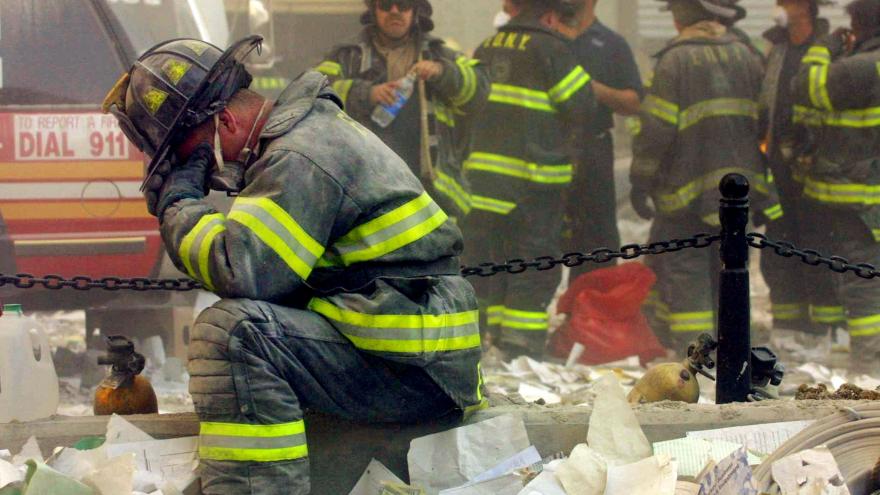 (CNN) -- New York City education officials are notifying thousands of former students, staff and teachers that they might be eligible for free health care or compensation through federal programs because of their exposure to the ground zero site at the time of the attack.

Officials from the Department of Education (DOE) and United Federation of Teachers (UFT) are partnering to urge thousands of former students, staff and teachers to apply for the 9/11 Victim Compensation Fund and World Trade Center Health program, and to inform them of the health risks associated with exposure.

Letters from the DOE are being mailed this week to anyone who was a New York city public school student enrolled near the World Trade Center on or after September 11, 2001, a DOE spokeswoman told CNN.

The DOE will send letters to the last known addresses of 19,000 former students who were enrolled south of Houston Street at the time, according to the spokesperson.

The United Federation of Teachers, the union that represents educators in the NYC public schools, has already began doing outreach to its roughly 3,000 members who taught and worked in the same schools, UFT spokeswoman Alison Gendar said.

A social media campaign is also being launched to reach more alumni. DOE and UFT are hosting a joint information event on October 28 to raise awareness.

"Students, teachers, community members need to know their rights. If they are sick or become sick, they are entitled to health support and possible compensation. Those benefits are not just for first responders," Michael Mulgrew, president of the United Federation of Teachers, said in a statement.

Michael Barasch, of the Barasch & McGarry law firm which represents 9/11 victims, said he is "thrilled" with the move from DOE Chancellor Richard A. Carranza.

He said the attempt to reach out was "long overdue," adding that though it's been 18 years since 9/11, it's "better late than never." "I applaud what they are doing," he said.

Barasch credited the Borough of Manhattan Community College (BMCC) for making the first move, earlier sending letters to 20,000 of their own former students and teachers. CNN has reached out to BMCC for comment.

"Everybody was exposed to the same toxic dust," Barasch said. "It didn't matter whether you were a responder or a student or a teacher or a downtown resident or office worker."

It was held to encourage non-responders to apply for the free health care and compensation they are entitled to, Barasch said. About a thousand people were in attendance, including notables like comedian and activist Jon Stewart and Sen. Kirsten Gillibrand.

"We must never forget what happened 18 years ago, and members of our community are still feeling the effects today," Carranza said in a statement Monday. "We are working to reach every person in our schools who may have been impacted.

President Donald Trump signed legislation into law in July authorizing the extension of the 9/11 Victim Compensation Fund, now ensuring compensation through 2090. The fund was previously slated to expire in 2020.

A recent study, published in the medical journal JAMA Network Open, found that both immediate and repeated exposures to the dust during the months of cleanup following the attack was associated with elevated cardiovascular disease risk that lasted for up to 16 years.

Among the firefighters in the study, "the ones with the greatest exposure -- those present in the morning of 9/11 -- had a higher risk than those who showed up later in the week," said Dr. David Prezant, chief medical officer for the Fire Department of the City of New York and a professor at the Albert Einstein College of Medicine, who was senior author of the new study.

Correction: An earlier version of this article stated free health care was available through the 9/11 Victim Compensation Fund. It's The World Trade Center Health program that provides no-cost medical care for eligible members.