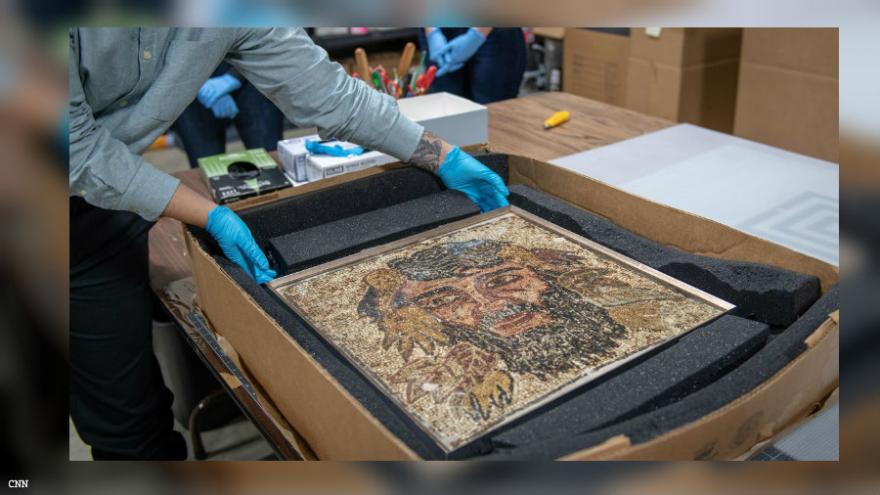 (CNN) -- A Ming Dynasty vase, an Italian mosaic and the bones of hundreds of Native Americans have been sitting in an Indianapolis warehouse for years. A group of FBI agents had quietly started returning them -- but they hit a snag.

The agency has not received enough claims, and they've only returned about 15%of the items, FBI Special Agent Tim Carpenter said in a statement.

The artifacts, which are part of the "largest single recovery of cultural property in FBI history," were found in 2014, the FBI said in a statement.

A tip led the FBI's art crime team to a Waldron, Indiana farmhouse where thousands of artifacts from around the world and even the remains of hundreds of Native Americans were being stored.

Don Miller, the farm's owner, was a retired "scientist who helped build the first atomic bomb," according to the FBI. He had traveled extensively for decades, collecting the more than 42,000 items in his home.

"Don (Miller) would collect pretty much anything," FBI's Special Agent Tim Carpenter said in a statement. "He collected from just about every corner of the globe."

"But his passion, I think, was Native American cultural goods," he added.

The FBI says some of the artifacts were obtained illegally.

Before his death in 2015, Miller agreed to voluntary give the artifacts he acquired in violation of "state and federal law and international treaties" to the FBI, officials said.

"He cooperated with us throughout the course of the investigation," Carpenter said, "and it was his wish that we take these objects and return them to their rightful owners, and for the Native American ancestors to be reburied appropriately."

For nearly five years, the FBI has worked with archeologists, anthropologists, tribal experts and foreign governments to handle and return the remains. Holly Cusack-McVeigh, an associate professor of anthropology and museum studies at Indiana University-Purdue University Indianapolis, has been working with her students curating and preparing the items for shipping.

"We make sure that nothing is just thrown in a checked bag and tossed into the belly of an airplane. Everything is handled with the utmost care," Cusack-McVeigh said.

But it's not easy to determine where everything should be returned to.

"There is no single expert that can tell us everything we need to know about all of this material," Carpenter said.

Authorities have contacted hundreds of Native American tribes and notified members of the United Nations about the recovered artifacts hoping they would identify them. They've also giving them access to a private website where they can review the items and claim them.

And yet, the future of thousands of items at a climate-controlled warehouse outside Indianapolis is still unclear.

"Our ultimate aim is to repatriate every single one of these pieces, at least the ones that we can determine were obtained improperly or illegally," Carpenter said. "But we need the public's help and we need academia's help, and we need the help of our foreign partners to do that."