Thousands of students have dropped out of school due to Covid-19. These are the educators trying to track them down 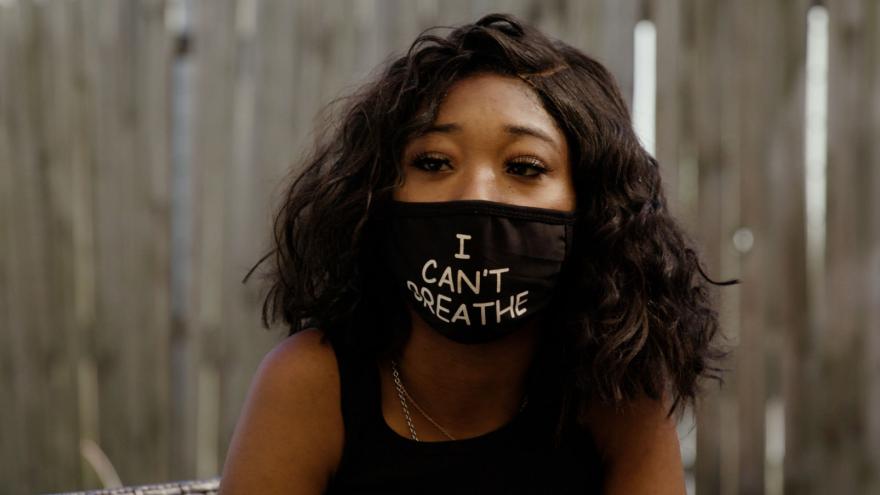 Kenya says her biggest worry these days is whether to go to community college first or risk an expensive move-in to a residential college that may close because of an outbreak. - CNN

(CNN) -- The first thing you need to know about dropping out of school is that it doesn't happen all at once. Educators say students don't just wake up one day and decide that's it, no more school. It happens slowly. They get a little behind, they get more behind, they can't imagine catching up, so they give up.

The second thing to know is that the pandemic has made falling behind much easier to do.

The dropout rate in the United States was on a steady decline in the years before the pandemic. According to the US Department of Education, the dropout rate for high school students fell from about 10% in 2006 to about 5% in 2018.

National dropout numbers for this school year are yet to be released, but anecdotal evidence from across the country shows steep declines in attendance, a rising number of failing grades, and shrinking enrollment.

The shift to remote learning was a necessity when the pandemic began last spring. And educators warned that remote learning meant that students who had trouble getting online would struggle. When this school year began, some districts decided to return to in-person learning, only to close classrooms down again when the virus surged again in December. Since that surge receded, the debate over reopening classrooms returned.

This debate hasn't touched older students for the most part -- and even the newest classroom reopening guidance from the Centers for Disease Control and Prevention says elementary schools and younger are the safest to reopen.

Whether out of necessity or overcautiousness, the closure of classrooms has the biggest impact on students from underserved communities. They are more likely to have unreliable internet access, or a caregiver who is affected by the economic impacts of the pandemic. Their world has been turned upside down, and that, educators say, can make school fall down the priority list, especially for teenagers.

The fear of an increased dropout rate is easy to find in any major school district. This is what it sounds like in New Orleans.

The persistence of distraction

"Many kids hate online school," Justin Ross-Hillard, co-principal of The NET: Central City, a New Orleans high school, told CNN. "You know, a lot of kids are not programmed to do school virtually."

To start, distractions are all too easy when learning remotely, especially for teenagers who can always find other things to occupy their time with.

Audie Cerrato, who tracks down students who haven't shown up for class in New Orleans, says when asked about the mind of the teenager during the pandemic, "I've always looked at it as like, 'if I'm doing virtual schooling at home, like, I have everything I want at home. I can leave when I want, I wake up and I'm in bed. I have my PlayStation. I can, whatever, now 'cause I'm at home, I'm comfortable.'"

Those are the distractions of any high school student with nowhere to be and a game console. But add in caregivers with front line jobs who may not be home to supervise the remote learning shift from bed to class, or life in places where the virus has hit harder, or homes where jobs have been lost, and the distractions pile up even higher.

Fewer resources and the persistent digital divide mean students may miss school simply because they can't get online. And early data does suggest the students fairing the worst in the pandemic are the ones who were underserved before the pandemic -- poorer students and students of color.

The economic impact of the pandemic means some older students may have had to take a job to make up for one lost by a family member. Or they've had to step up to handle child care for siblings or their own kids. Educators in New Orleans told CNN the attendance numbers are a challenge for all high school grades.

"Attendance rates are down across the board. Enrollment is down across the board," said Jessica Irving-Marin, who helps high school students who can't or won't go to traditional school pass the equivalent of the GED administered in Louisiana. "Students that were thriving before the pandemic are struggling right now."

Trying not to get lost

"I'm calling my sister, my best friend, telling them they have to go to school. They're like, 'well, I need money right now,'" said Kenya, a 17-year-old student at The NET.

There were times during the pandemic she fell way behind. It's not hard to see why: Her house has 14 people in it, and she had to help her 10 younger nieces and nephews get through their own virtual school days.

"Taking care of them while at home is like a big part of the pandemic," she said. "So even when I was getting up for school to get ready, I had to make sure that I fed them, clothed them and just make sure they were all OK and set up for school."

Kenya is on track to graduate now -- her biggest worry these days is whether to go to community college first or risk an expensive move-in to a residential college that may close because of an outbreak -- but she sees many of her fellow students still struggling.

"I just feel like they don't have enough support behind them honestly," she said. "A lot of students are definitely going to get lost."

Getting lost can have big consequences. These are the final months before another summer break. Some students may not have been fully engaged since the last summer break. So, students who get lost now might stay lost, educators say.

"What we know is statistically students who miss a semester or are not successful in a semester, their likelihood of dropping out or not returning to school does increase every semester that they are unsuccessful," said Ross-Hillard. "What we've adopted as a mindset is that we're going to continue to chase after you."

How to talk a teenager into going to school

On a recent Tuesday, CNN trailed Cerrato as he made his rounds, traveling to six homes across New Orleans to find high school students who hadn't made it to class. One said she couldn't get transportation. Cerrato said he'd find her a ride. Another said she had to work. Cerrato said school could work around her schedule.

He says that his job is really about making sure students know school is there for them, no matter how far behind they have gotten. Teenagers need to feel listened to and supported, he said.

"The ones that I'm up there trying to get, you know, to get back enrolled in school, they just feel like a mistrust. It's just like, 'it's not worth it.' And that's what gets me going, right?" he said. "Like, like I want to show you that there is someone, that one person, even if it's me, or like everyone else here that we care, you know, we want you to succeed in any way that works for you."

Experts like John King, President Obama's last secretary of education, warn that good intentions will not be enough to bring students left behind by the pandemic back to school. He testified before Congress in June, and said schools need to be prepared to lay out significant resources to bring students from underserved communities back up to speed. His proposals include more days in school, longer school days and tutoring programs.

On the ground in New Orleans, Cerrato says he can only do so much.

"After the pandemic and everything probably goes back to, I don't want to say normal because it's, it's so like, you know, but it's when it just goes back to just school, I feel like schools are going to have an issue with attendance or just like population and enrollment," he said. "So, yeah, I'm trying to cut that deficit."