Three Arizona teachers who shared a classroom got coronavirus. One of them died 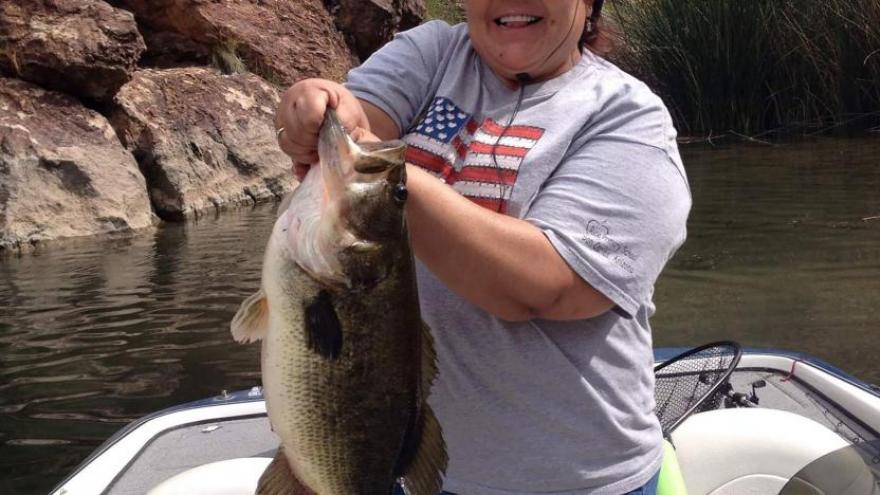 (CNN) -- Three teachers who shared a summer classroom at a school in Arizona all contracted coronavirus last month, leaving one of them dead.

Kimberley Chavez Lopez Byrd, 61, died June 26, less than two weeks after she was hospitalized. The other two teachers -- Jena Martinez and Angela Skillings -- said they're still struggling with the effects of the virus that has killed nearly 135,000 people nationwide.

All three teachers wore masks and gloves, used hand sanitizer and socially distanced, but still got sick, according to school officials at the small community in the eastern part of the state.

Kimberley Byrd had worked at the Hayden Winkelman School District for 38 years -- so long that she'd started teaching the children of her former students.

"Losing Mrs. Byrd in our small rural community was devastating. She was an excellent educator with a huge heart," said Pamela Gonzalez, principal of Leonor Hambly K8. "We find comfort in knowing her story may bring awareness to the importance of keeping our school employees safe and our precious students safe in this pandemic."

The infection started in June

Kimberley Byrd started feeling unwell in June. She was prone to sinus infections, and also had asthma, diabetes and lupus. Her doctor gave her antibiotics and steroids and on June 13, she went to the emergency room, according to her husband, Jesse Byrd Sr.

She was admitted to the hospital and immediately put on oxygen, but her husband was not allowed to be with her. The next morning, she called him to say doctors were putting her on a ventilator. That was the last time they spoke.

"I just had this horrible gut-wrenching feeling just knowing how much of a struggle this was going to be because I knew her lungs were compromised even before this ... fear, just the worst fear that you could feel," Byrd said. "I knew it was going to be rough on her."

Days later, Jesse Byrd, his daughter, son, daughter-in-law, 4-year-old granddaughter and several other relatives contracted Covid-19. His wife's brother's also tested positive and has been on a ventilator for over 27 days, he told CNN Saturday night.

Jesse Byrd said his wife's condition started improving and the doctors woke her up to see if she could tolerate being intubated while semiconscious. When she woke, she had a panic attack and started regressing.

"We just prayed for a miracle, and we put her in God's hands and we said either he's gonna work a miracle in her and save her or he's gonna take her home," Jesse Byrd said. "She didn't make it ... It's been devastating for us here in our home."

She died just short of their 24th wedding anniversary.

Kimberley Byrd loved the outdoors, said Jeff Gregorich, the superintendent of Hayden Winkelman Unifed School District. "One of my fondest memories was every time I would see her, she would show me [pictures of] her last weekend fishing at the lake," he said.

Jesse Byrd said his wife had a passion for teaching and cared for her students. "A lot of her classroom rules were based around kids respecting each other and being kind to each other and not bullying -- that was really important to her," he said.

Gregorich reiterated the three teachers were careful and still got Covid-19.

"I think that's really the message or the concern that our staff has is we can't even keep our staff safe by themselves ... how are we going to keep 20 kids in a classroom safe? I just don't see how that's possible to do that," he said.

Byrd said reopening schools will put people in their small community at risk and he does not want to see other families go through a similar experience.

"Many grandparents, wind up being caretakers to kids when they get off school- mom and dad are working and a lot of grandparents are even raising their grandchildren. So, many of these grandparents fall into this high risk category of being older with more health issues," he said.

"They have no business opening the schools to try and get back to a traditional classroom ... let's get through this pandemic first before we try to get back to normal."