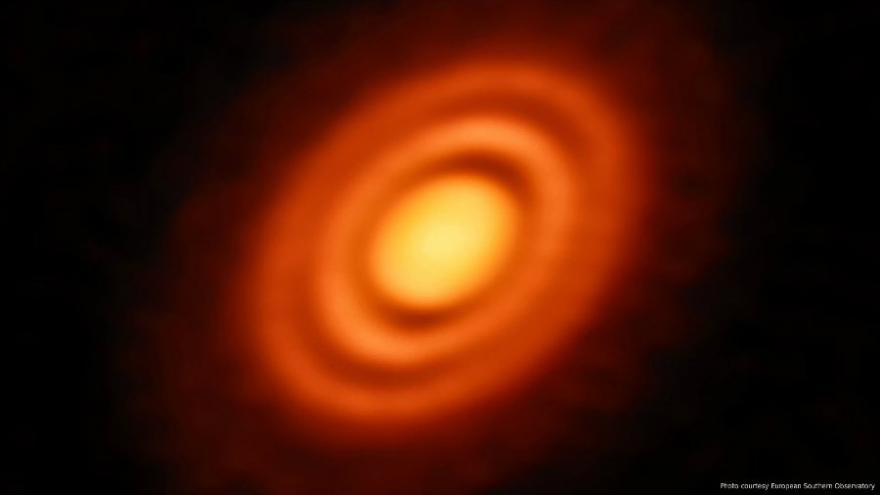 (CNN) -- In the constellation of Sagittarius, three infant planets have been found orbiting a young star 330 light-years from Earth. These are the first planets to be found using the powerful ALMA telescope in Chile, which is searching for our cosmic origins. The discovery was made by two independent teams of astronomers. 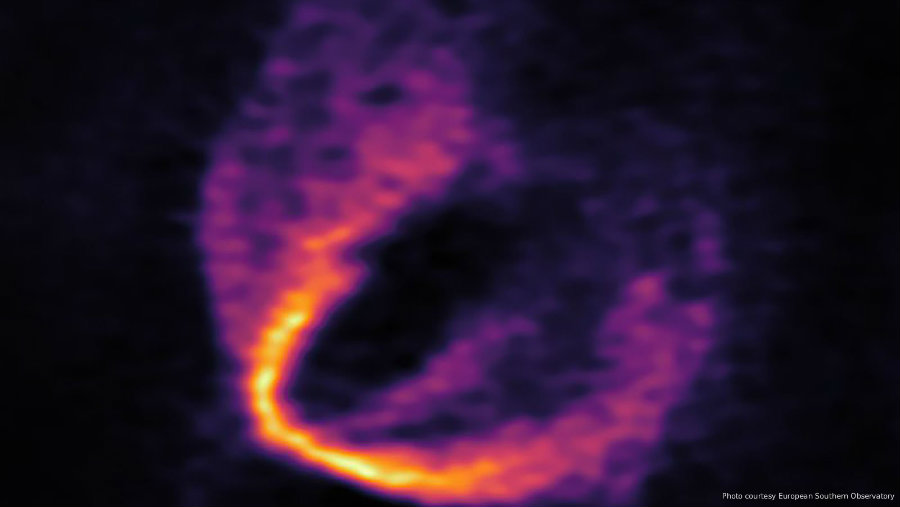 But these aren't exoplanets, which are planets found outside of our solar system. These are protoplanets -- large bodies of matter orbiting a star that are still "cooking" in order to become a planet.

The discovery is detailed in two different studies published in the Astrophysical Journal Letters on Wednesday.

These happen to be about the same mass as Jupiter, if not a little larger. The star they orbit, HD 163296, is four million years old. That may not sound young, but it's a thousandth of the age of our sun. That makes this star anewborn.

"Finding planets at this stage in their life is extremely hard and essentially boils down to finding enough evidence to show that only a planet could cause what we see," Richard Teague, principal author of one of the studies and an astronomer at the University of Michigan, said in an email. "This is because the planets are still surrounded by gas and dust which is flowing on to them to form their atmospheres and trying to pierce through this surrounding material is nigh on impossible."

That's why the traditional methods that are used to find exoplanets, like looking for dips in starlight as planets pass in front of their star, don't work for planets that are still developing. Before,astronomerstried to look for structure, like spirals or rings, in the dust to signify a planet's presence. But that leaned heavily on assumptions that could be misleading. Rings and spirals don't necessarily need to be part of a planet to form.

So they had to develop a new planet-finding strategy in order to detect these protoplanets. It's an indirect way of looking for how the planet affects its environment, rather than looking for the planet itself.

The researchers looked at the protoplanetary disk, which is the "planet factory" full of gas and dust around young stars. Their new method looked at unusual patterns of gas flowing in the disk to find the telltale signs of planets. The disturbances in the gas were indeed planet-sized. The researchers compared it to the way eddies form around a rock in a river.

"By having two independent teams simultaneously arrive at the same conclusions really lends weight to the result," Teague said. "There's definitely going to be a lot of refining going on to improve the methods but these two results show that it's really something we should be investing time in."

Teague and his colleagues were surprised by how well the observations matched their predictions.

Surprisingly, we don't really know much about how planets form in the first place. And since detecting protoplanets is a new frontier for science, this new method and the ALMA telescope's capabilities could help astronomers find the youngest planets in our galaxy. This could unveil the secrets of planet formation.

"We do not really know the details of how we go from small grains of dust to massive gas giants," Teague said. "If we're able to catch them at their birth we can see where they form in the disk. This will allow us to better understand how many planets we would expect in a typical system. We can also examine what the chemical and molecular content of the gas is like around the protoplanet and build a picture of what atmospheres are like on very young planets. These results will provide essential evidence for theoreticians trying to fill in the gaps about how planets grow."

Teague and his colleagues want to use this evidence to optimize set-ups on other telescopes and find other planets that are forming. And of course use ALMA to make more detections.

"This probably means we are just at the beginning of such discoveries with ALMA," Christophe Pinte, lead author of the second paper and professor in Monash University's school of physics and astronomy, said in an email. "Only a few disks have been observed with the required observational settings so far, there are probably many more discoveries to come in the next few years. Follow-up studies are aiming to confirm these [planet] detections with different methods, for instance to try to image the planets with near-infrared telescopes."