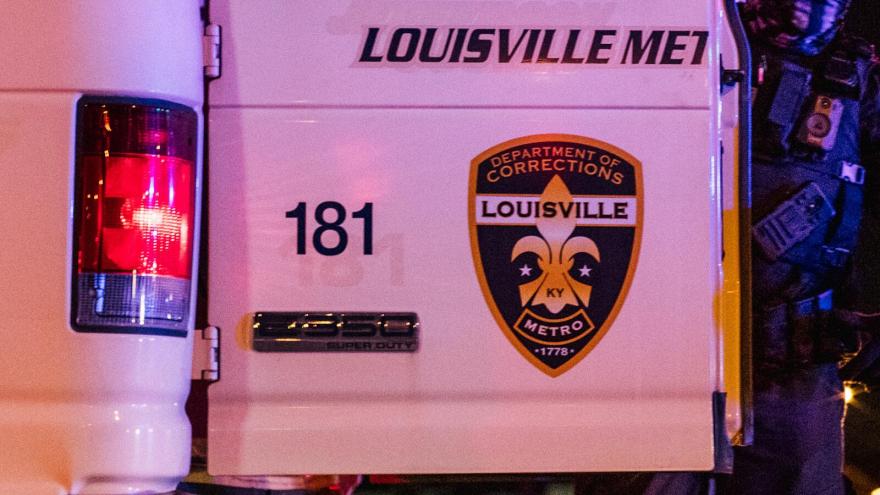 Police departments are facing calls for reform. This image shows police officers putting a protestor in the back of a police vehicle on September 26, 2020 in Louisville, Kentucky.

But this week, those challenges came to a head for police departments in Louisville, Kentucky; Columbus, Ohio; and Philadelphia -- each which has been under increased scrutiny for police shootings or their handling of protests last summer.

"This has just been a remarkable period of time for police departments, police chiefs and sheriffs, unlike any other time in recent history," Chuck Wexler, executive director of the Police Executive Research Forum (PERF) told CNN. "Police departments have been challenged."

While race is a factor in the challenges police departments face, Wexler said, use of force is the "defining issue" for police chiefs, whether in connection to police shootings or the demonstrations they spark. The departments' biggest challenge is regaining public trust, he said.

Other departments are also facing calls for reform.

In Minneapolis, city council members and advocates have called for an overhaul of the police department after the police killing of George Floyd last May.

And the Baltimore Police Department -- which has had five police commissioners since 2015 -- has entered its fourth year under a consent decree mandating sweeping reforms following years of corruption and abusive practices.

"The public's expectations have never been higher," Wexler told CNN. "From a police chief's standpoint, (they're) having to rethink their strategies."

Here's a look at look at those three departments, and the challenges they're facing this week.

Louisville Metro Police Department Police Chief Erika Shields was in her position less than two weeks before a new report found the department is struggling with low morale and a dearth of trust from its community.

The report was commissioned by the city in the wake of the police killing of Breonna Taylor, who was shot and killed by Louisville police officers executing a no-knock warrant at her apartment in March 2020. The 26-year-old's death fueled protests last summer initially sparked by the police killing of George Floyd in Minneapolis.

Three of the officers involved have been fired, including two detectives earlier this month. Only one officer was charged in connection with the shooting. He has pleaded not guilty.

Among the findings in the 150-page report was the LMPD's low morale.

Approximately 75% of respondents to an internal survey last summer said they would move to another agency if they had the chance, said Robert Davis, senior vice president of Hillard Heintze, the company hired to conduct the review. And now the department is struggling to recruit and retain new staff.

Shields -- who stepped down as police chief of the Atlanta Police Department after the fatal police shooting of Rayshard Brooks -- said the report was a "roadmap for us to move our department forward," adding, "we have a lot of work ahead of us."

Facing the city council Thursday, Shields addressed the lack of community trust, telling council members, "Breonna Taylor was the flashpoint but there was a lot of distrust leading up to that," according to CNN affiliate WLKY.

She said repairing the department's relationship with the community will take education, training and a dialogue.

"LMPD cannot engage in enough community events because at some point what is missing is the humanization," Shields said, adding, "and I think that unfortunately the department is not nearly as diverse as it should be."

After the fatal police shooting of a Black man last month, Columbus Mayor Andrew Ginther this week announced that Columbus Division Police Chief Thomas Quinlan would "step back" because he "could not successfully implement the reform and change" the mayor wanted.

"Columbus residents have lost faith in him and in Division's ability to change on its own," Ginther said in a statement. "Chief Quinlan understood. He agreed to step back, so the city can move forward."

Quinlan will remain with the Division of Police as deputy chief, according to the mayor's office.

Andre Hill, a Black man, was unarmed when he was fatally shot by a Columbus police officer in December. The officer who shot Hill has been fired, and the case is under review by Ohio's Bureau of Criminal Investigation.

Hill's death followed several other cases in which Black men and teens were killed by law enforcement officers in the Columbus area in recent years.

Ginther said the city's "commitment to change and reform will not wane" in the search for Quinlan's replacement, and outlined steps the city would take moving forward, including the appointment of a Civilian Review Board, the selection of an Inspector General and the investment in "next-generation" bodycams.

"I remain committed to meaningful, lasting police reform and confronting racism where it exists, advancing social justice so everyone in every neighborhood feels safe."

In his own statement, Quinlan said that while he hoped to continue in his role, he respected and understood the community's "need to go in a different direction" and said he was proud of what the department had accomplished under him.

"In my three decades of service to Columbus, my commitment has never been to any title or position. It has been to this Division and this community I love," he said.

A report released by Philadelphia's Office of Controller this week criticized city leadership, including Police Commissioner Danielle Outlaw, for their lack of preparation and handling of protests in the wake of Floyd's death.

Independent investigators hired by the controller's office said in the report that Philadelphia officials failed to adequately plan for the size of the protests. Additionally, understaffing of the police likely led to the use of "inappropriate force" by officers, including the deployment of tear gas for the first time since 1985.

The editorial board of the Philadelphia Inquirer cited the report in an editorial Wednesday calling for Outlaw's ouster, but she told reporters Thursday she would not step down.

"I want to be clear that the Mayor and other city leaders, including many community leaders, have personally reached out to me and expressed their continued support for me," she said. "I have not been asked to resign, nor will I resign due to the report's findings."

While the report criticized several city leaders, it faulted Outlaw's decision to leave empty the position of Inspector of Homeland Security since March 2020, a position typically responsible for planning the response to large gatherings and civil unrest, per the controller's office.

Mayor Jim Kenney reiterated his support for Outlaw on Twitter, saying she had his "full support."

"No police commissioner in our city's history has handled as many crises on their first six months of the job as she has."