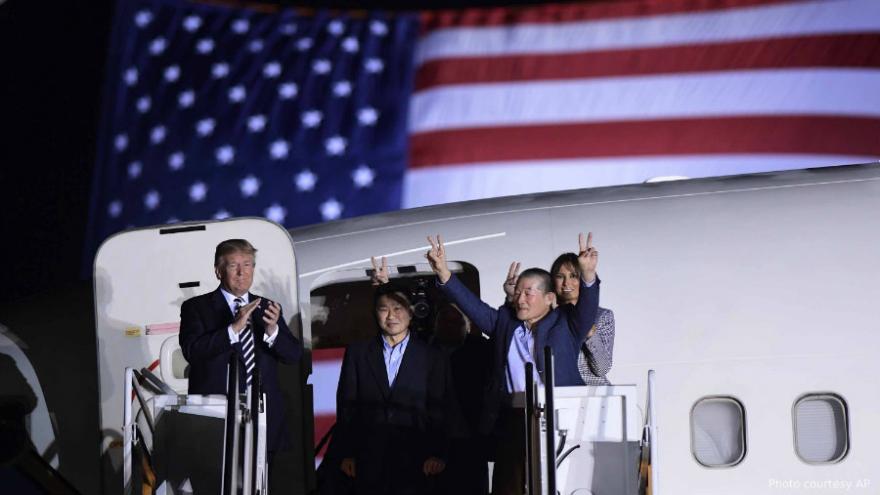 (CNN) -- The three former American prisoners who were detained in North Korea have left Walter Reed National Military Medical Center after their evaluations and are now reunited with their families.

"All three were grateful, in good spirits and coping well," Pentagon spokeswoman Maj. Carla Gleason said in a statement. "The returnees have been reunited with their families. Their time together has been an incredibly joyous occasion. They ask for privacy as they transition home."

The former detainees arrived early Thursday morning, ET, at Joint Base Andrews -- the military installation near Washington famous for housing Air Force One -- where they were greeted by the President and the first lady Melania Trump on board the plane. They then went to Walter Reed, in Bethesda, Maryland, to be evaluated.