Three giraffes died at the Dallas Zoo in less than a month. Experts are looking into whether two of the deaths are connected 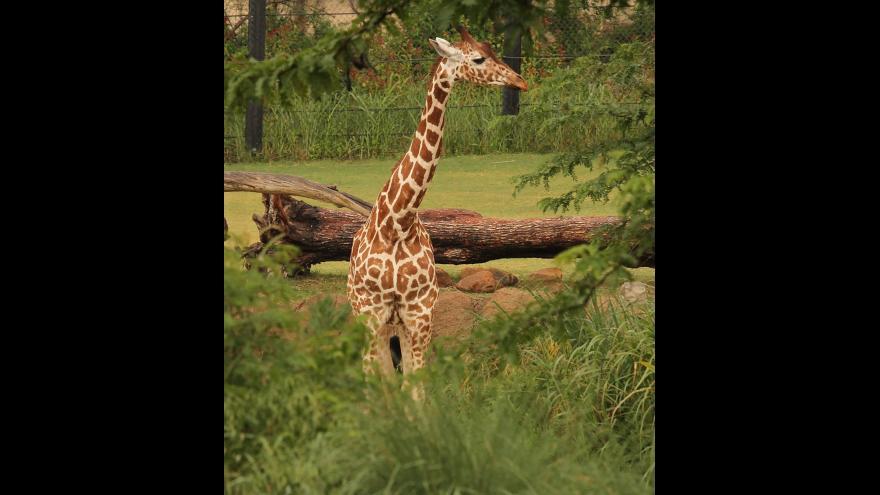 A third giraffe has died at the Dallas Zoo in less than a month, the zoo reported. Jesse, one of the three giraffes that died in October.

(CNN) -- A third giraffe has died at the Dallas Zoo in less than a month, the zoo reported.

Jesse, a 14-year-old male giraffe died October 29, two days after he first showed signs of an illness, according to the Dallas Zoo. Results from a blood test showed Jesse had "abnormal liver enzymes," the zoo said.

Zoo officials said they are investigating whether Jesse's death is possibly linked to the death of Auggie, a 19-year-old giraffe who died October 22. Auggie died "after dealing with age-related health issues that led to liver failure," the zoo previously said.

On October 3, the zoo also euthanized a three-month old giraffe calf after she was injured.

In a statement provided to CNN, the zoo said it suspected the deaths of Jesse and Auggie could be connected but had yet to establish definitive proof.

"We are doing extensive lab testing on blood and tissue samples from Jesse and Auggie to identify commonalities and further pinpoint what may have happened. The necropsy results from both giraffes pointed to liver damage, which is leading us to focus on the possibility that they were exposed to a toxin of some sort, either through a food source, in the exhibit space, or introduced via a foreign object," the zoo said.

"We also are testing for Zoonotic diseases, including encephalomyocarditis (EMC). With the help of outside experts from across the country, we are and will continue working through lab test results on blood, tissue, food, plants, and other items, in an effort to identify the cause, while also working to eliminate possibilities," the statement continued.

The Dallas Zoo put "preventative measures" in place prior to Jesse's death, including limiting the giraffes' movements in their habitat, replacing food items and conducting regular blood draws to monitor liver enzyme levels, it said in the statement.

The zoo also said the three-month-old giraffe calf, Marekani, was euthanized after she suffered injuries while running with a few adult giraffes in their habitat.

Marekani's leg hyperextended "when one of her front legs planted in the ground at the top of the incline" and "one of the adult giraffes was then unable to stop fast enough, colliding with Marekani from behind," fracturing her radius and ulna, the zoo said in a previous statement posted to Facebook.

"The Dallas Zoo provides the most naturalistic environments possible for our animals, which has so many benefits for both their physical and mental well-being. Unfortunately, those natural surroundings have inherent risks, just as they do in the wild, where giraffes have a 50% mortality rate in their first year of life," the zoo said in the statement.

The Dallas Zoo said it plans to add "substrate material in areas that showed some erosion" and will install cameras to monitor animal interactions and behavior.