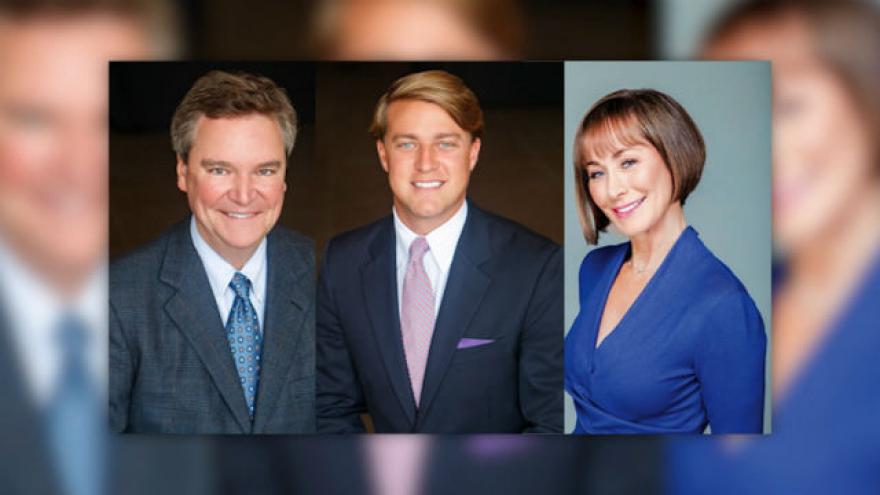 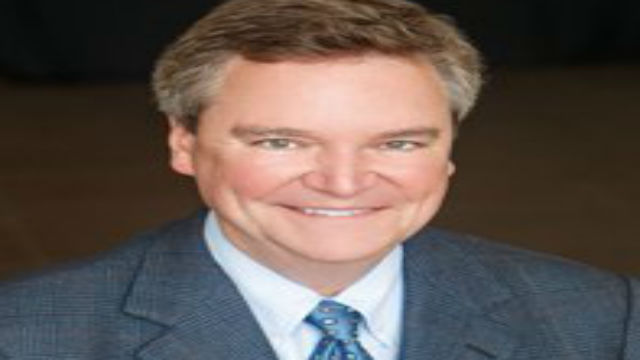 (CNN) -- Three leaders of the Miss America Organization resigned Saturday, two days after a report revealed purported emails from them and other employees disparaging pageant contestants.

Weidner and Randle will stay on for the time being to "facilitate a smooth transition" at the request of the board, Meyers' statements said.

Haskell's resignation -- which is effective immediately, the statement 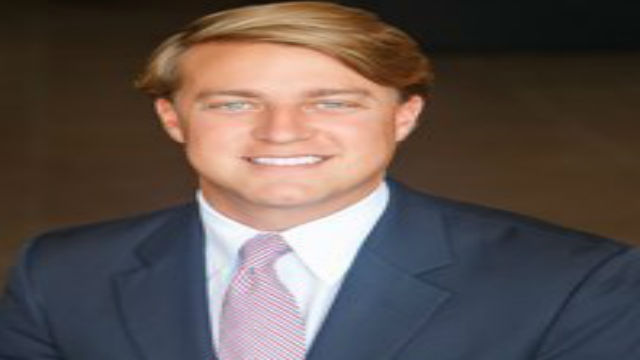 Josh Randle, Miss America President & COO, resigned Saturday, two days after a report revealed purported emails from them and other employees disparaging pageant contestants. Miss America/Matt Boyd Photography
said -- came the day after he was suspended following the report on the emails, which the MAO's board has said were obtained illegally.

The report detailed email exchanges in which Haskell, Randle, Lewis Friedman -- formerly a writer for MAO -- and board members Weidner and Tammy Haddad wrote offensive emails about former Miss America winners, referencing their weight or their private sex lives.

In a statement sent to CNN Saturday, Randle said he "inappropriately responded to an email" that was sent to him about former Miss America Mallory Hagan. He apologized to 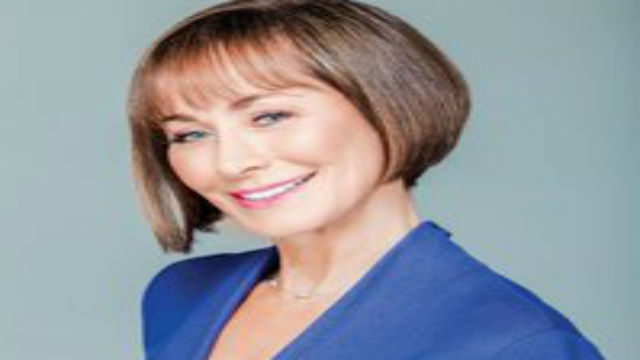 Lynn H. Weidner, Miss America Chairman of the Board, resigned Saturday, two days after a report revealed purported emails from them and other employees disparaging pageant contestants. Miss America/Matt Boyd Photography
Hagan for his "lapse in judgement," the statement said.

"However," the statement said, "this article implies alleged complicit participation on my part in a years-long array of inappropriate email communication, which is grossly misleading."

Randle said the "most egregious emails" predate his employment with MAO, which he joined in March 2015, the statement said.

Haddad -- a former executive producer for CNN who left the network in the early 1990s -- resigned Friday.

In a statement issued Friday night regarding his suspension, Haskell apologized for "a mistake of words," but said he had been stressed "from a full year of attacks by two Miss Americas." He did not name those women in the statement.

Haskell went on to say the Huffington Post's story was "dishonest, deceptive, and despicable."

"This was not the CEO of an organization laughing at inappropriate jokes and speaking about a former Miss America in email conversations," he said. "This was a father whose family was being attacked, and a man whose character was being assassinated daily, which impaired my judgment when responding to the inappropriate emails sent to me about them. For that, I deeply apologize."

Following the report, dozens of Miss Americas -- dating to 1948 -- called for the resignation of MAO's leadership, including Haskell, Randle, Haddad and Weidner.

"As dedicated members of communities, businesses and families, and ambassadors for the Miss America program across the country, we stand firmly against harassment, bullying and shaming -- especially of women -- through the use of derogatory terms meant to belittle and demean," the former Miss Americas said in a statement.

"We collectively call for their immediate resignation."

In some instances, Huffington Post reported, Haskell appeared to condone degrading comments others made about the women, or suggest that those comments were funny to him.

One example was an email from Friedman to Haskell, who wanted to refer to past pageant winners as "formers" instead of "forevers." Friedman said he'd changed "forevers" to "c****," to which Haskell replied: "Perfect...bahahaha"

The nonprofit organization, which hosts the competition, was founded in 1921 and claims to be a "movement of empowering young women everywhere to achieve their dreams," according to its website.

Mallory Hagan, who was crowned Miss America in 2013, was one of Haskell's targets, according to the report, which references one email exchange in which he and Friedman demean her for her weight after she won the pageant.

According to the report, Haskell was emailed a photo of Hagan and three other former pageant winners. "OMG she is huge ... and gross ... why does he want that?????" Haskell wrote, before forwarding the picture to Randle and repeating the comment.

In another exchange, Friedman and Haskell made derogatory comments about Hagan's sex life. "Ps. Are we four the only ones not to have f****d Mallory?" Friedman asked.

"It appears we are the only ones!" Haskell said.

In late 2015, Haddad also suggested Haskell hire a private investigator "to get something" on Hagan, because the CEO felt the former Miss America was "viciously and cruelly" attacking him, the report said.

Haddad contacted CNN Friday night and said, "My intention when suggesting an investigation was only to discover the source of anonymous character attacks launched on the Miss America private on-line community boards."

At times, according to Huffington Post, the emails targeted Gretchen Carlson, the former Fox News anchor who won the pageant in 1989, when she declined to publicly defend Haskell after another pageant winner, Kate Shindle, released a book critical of the organization and the CEO's leadership.

Haddad told CNN Friday she was resigning, "effective immediately." She said she had told Haskell she planned to resign early this year.

"The women who put their hopes and dreams into this program are the best of America, as well as those who have worn the Miss America crown, traveling the country lifting hearts and spirits through their service above self," Haddad said.

Weidner and Friedman did not immediately respond to requests for comment on Saturday.

Friday, Hagan told CNN she wasn't "shocked" by the emails.

"I feel validated because for the longest time I had been trying to tell people that this thing is happening to me and I didn't have any proof and now I do," she said. "I feel a big weight off my shoulders."

Shindle and Carlson -- who used to be on the MAO board and stunned the media world when she filed a suit in July 2016 against Roger Ailes, the late former Fox News chairman and CEO -- addressed the original Huffington Post story in separate posts on Twitter.

Following the three resignations, Carlson and Shindle released a joint statement Saturday on Twitter, saying that while the resignations were "reassuring," they don't fulfill "the need for a thorough housecleaning of the Board."

"We will continue to demand the resignations of every individual who either participated in the abuse of women or stood by and was complicit by failing to conduct proper due diligence, as legally required by their fiduciary obligations," the statement said. "In addition, we expect that no new board members will be appointed until every implicated board member has resigned."

"The Miss America Organization ('MAO') is committed to upholding the highest standards of character and integrity in all facets of its national framework," the organization told CNN in a separate statement Friday. The statement says that after MAO's board of directors was made aware of "inappropriate language" in internal emails several months ago, the board "acted immediately, forming an investigative committee and retaining independent legal counsel to conduct a full investigation of the matter."

The statement adds the emails were "illegally procured," but do not represent the "character and integrity of MAO or its representatives."

When asked whether MAO's statement also represented statements for the MAO employees named in the article, the spokeswoman for the pageant said its statement "comes from the organization but I have directed your inquiry to the other individuals."

Dick Clark Productions -- the iconic American production company that produces the Golden Globe Awards, American Music Awards and Billboard Music Awards, among others -- said the company severed ties with MAO months ago after becoming aware of portions of the emails the Huffington Post reported on.

"We were appalled by their unacceptable content and insisted, in the strongest possible terms, that the Miss America Organization board of directors conduct a comprehensive investigation and take appropriate action to address the situation," the production company said in a statement.

Soon after, Dick Clark Productions resigned its positions on the board and ended its relationship with MAO, the statement said.

The Huffington Post, citing sources close to Dick Clark executives, said nothing changed after Dick Clark Productions brought the emails to the attention of MAO's board, and that was when the production company ended its association with MAO.