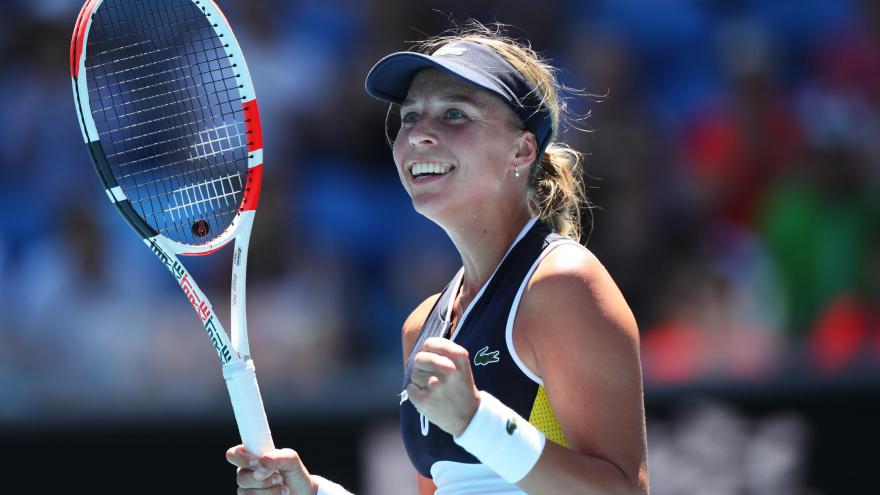 By Ben Morse, for CNN

(CNN) -- Saturday proved to be a day of shock exits from the Australian Open in the women's draw, with three of the top six seeds eliminated from the competition.

Second seed Karolina Pliskova, fifth seed Elina Svitolina and sixth seed Belinda Bencic all fell in the third round of the first Grand Slam of 2020 in Melbourne.

Pliskova, fresh from her win at the Brisbane International in the build-up to the tournament, suffered a straight set 7-6 (7-4) 7-6 (7-3) defeat against 30th seed Russian Anastasia Pavlyuchenkova.

Pavlyuchenkova had previously lost all six of her encounters against last year's Australian open semi-finalist, but a 4-1 lead in the first set and a 2-0 lead in the second helped her overcome the world No. 2.

"It hasn't sunk in yet. I'm still in the match and focusing on the next point," Pavlyuchenkova, a quarter-finalist last year, said after the victory.

"I did enjoy the match -- to beat Karolina for the first time was amazing," she added.

The Russian will next play 2016 champion Angelique Kerber, who beat Camila Giorgi in three sets.

The fifth seed had won six of the pair's eight previous matches, but was no match for Muguruza.

And the 26-year-old completely dominated Svitolina -- who in her last two Grand Slams had reached the semifinals at Wimbledon and the US Open -- finishing with 31 winners and just nine errors.

"I was very concentrated and focused on what I had to do. I'll take it," Muguruza said.

"I think I played a very good match. I managed to probably stop her and take the match to my side. Very happy about that."

Muguruza will face either ninth seed Kiki Bertens or Kazakh Zarina Diyas in the fourth round.

Elsewhere, sixth seed Belina Bencic could hold on for only 49 minutes against No. 28 seed Anett Kontaveit, losing 6-0, 6-1 on Margaret Court Arena.

The Swiss 2019 US Open semi-finalist lost the first nine games as she was dominated by the Estonian.

Nadal through, Tsitsipas out

Top seed Rafael Nadal eased into the fourth round of the Australian Open, brushing aside Spanish compatriot Pablo Carreno Busta in straight sets.

The 19-time Grand Slam winner could face Australian Nick Kyrgios in the last 16.

"Today was an incredible match for me," Raonic said. "I was very happy with how things went. I enjoy the energy of playing on this court and it's great to be healthy and playing well. I can take a lot of pleasure in this win."