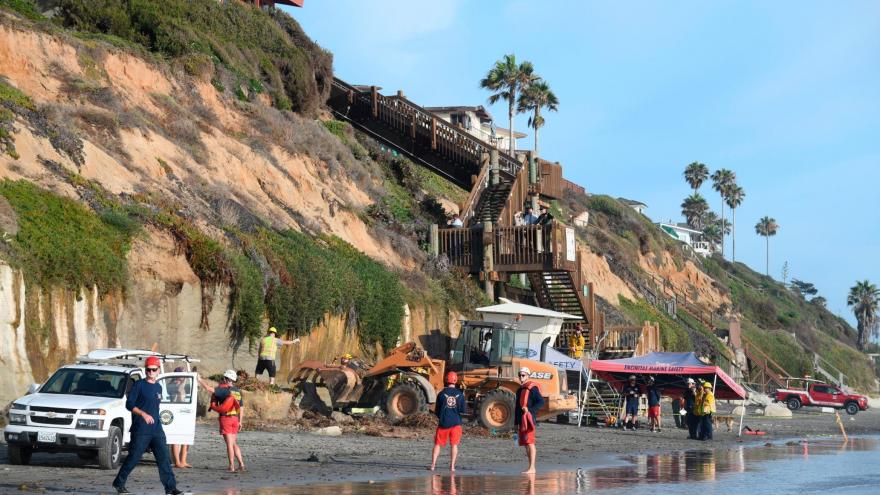 (CNN) -- Three people were killed after a cliff collapsed in Encinitas, California, the city said on Twitter.

One person was confirmed deceased on the beach and three others were transported to nearby hospitals while a fifth person declined treatment on the scene.

"Two of the three victims that were transported to local area hospitals earlier today have succumbed to their injuries," the city said.

San Diego County Sheriff Search and Rescue Dogs continued to search the debris later that day in case any more people were trapped underneath the rubble, authorities said.

The collapse from the cliff left nearly 20 yards of debris material on the beach, Stein said.

Stein said the visitors were "recreating right underneath the bluffs."

The naturally eroding bluff is common across the San Diego County coastline and along the California coastline, Encinitas Lifeguard Capt. Larry Giles said.

"Encinitas lifeguards here along with the state park lifeguards, we warn people excessively throughout the year... we tell people over and over and over to stay back from these naturally eroding cliffs," he said.

"A lot of times people don't take the warning."

The natural erosion makes it difficult to predict when pieces will slide off, Giles said.