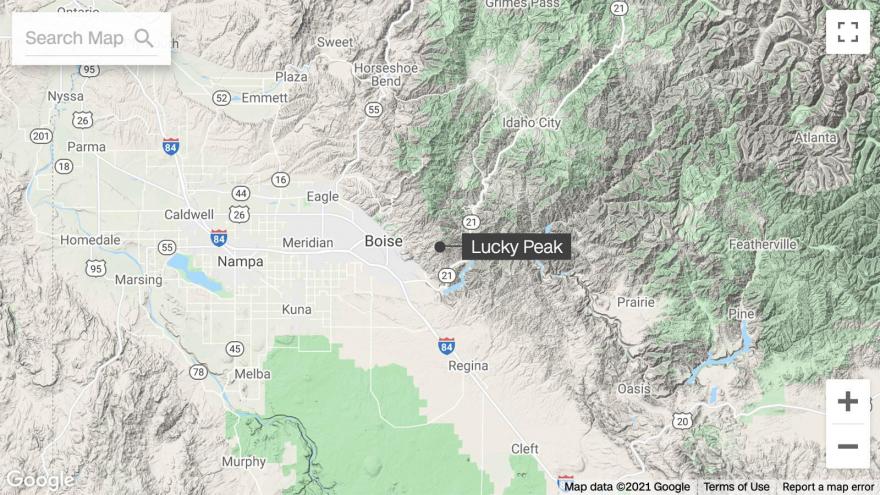 The three were all trained pilots participating in a routine training mission, a National Guard statement said.

Idaho Army National Guard Col. Christopher Burt said the aircraft was last contacted at 7:45 p.m. After an emergency transmitter locator device aboard the aircraft was activated shortly after 8 p.m., personnel were dispatched to search for the helicopter.

At about 12:30 a.m. Wednesday, crews located the helicopter and personnel near Lucky Peak, officials said.

"This is a tremendous loss to the Idaho National Guard and our community," Maj. Gen. Michael Garshak said. "Our thoughts and prayers are with the families and loved ones as we work through this tragedy."

The cause of the crash is unknown and an investigation will begin immediately, the statement said. The National Guard is not identifying the pilots pending notification of their next of kin.

Washington said the experienced pilots were wearing night vision goggles in an area with low illumination and quickly deteriorating conditions. There was no mayday call or emergency declaration before the crash, she said.

Washington said the pilots had completed a routine risk assessment before embarking on the search-and-rescue training mission.

Another aircraft at a different location attempted to reach the crash site three times but had to return to base because of heavy snow, Washington said.

The fallen helicopter had been returning to base after the training exercise -- which occur three nights a week and are not always under "ideal conditions," she said.

"We at IMSARU want to share our profound sadness for the loss of these three service members, who died in service of our country," said a post on the unit's Facebook page. "Many of us in the unit have been deployed on missions where these pilots were the only means of getting our subject to safety, a task which they consistently execute with professionalism and expert skill."

Gov. Brad Little has ordered flags to be flown at half-staff in honor of the "three brave and talented pilots killed during service to our state and nation."

"Their tragic deaths leave an emptiness in the lives of their families and loved ones, the entire National Guard community, and all of us," Little said in a statement. "Our women and men in the Idaho National Guard bravely take on the inherent dangers of their work to serve the people of Idaho and the United States whenever called upon. As Idahoans, let's quiet ourselves and reflect on their courage and sacrifice. Please join me in prayer for the heroes we lost and seek to comfort all the lives they touched."