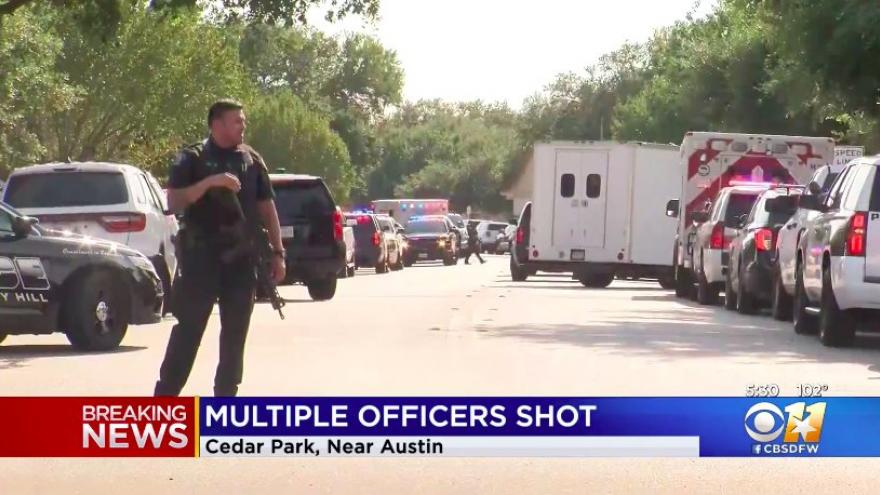 (CNN) -- Three police officers in Cedar Park, Texas, were shot while responding to a call at a home Sunday, according to a tweet from the police department.

The officers are in stable condition at a local hospital and "doing well," Cedar Park Interim Chief of Police Mike Harmon said at a press briefing Sunday night.

The call came from a woman who said her son "had kicked in the door and was acting very aggressive," Harmon said.

When the officers went inside the house, "they were met with gunfire," he said. "Our officers returned gunfire," though it is not known if the suspect was hit.

The man has barricaded himself in a home with three other family members, Harmon said.

Police have been in contact with the suspect and others inside the house, Harmon said.

"It's our goal to bring this to a peaceful resolution, as everybody knows," the interim chief said. "We don't want to see anybody else getting hurt."

In case the suspect was listening to the briefing, Harmon stressed that the officers "are fine," and "don't have life-threatening wounds."

"Please come out and surrender yourself peacefully, so we can resolve this situation tonight," he said.

Cedar Park is an Austin suburb.