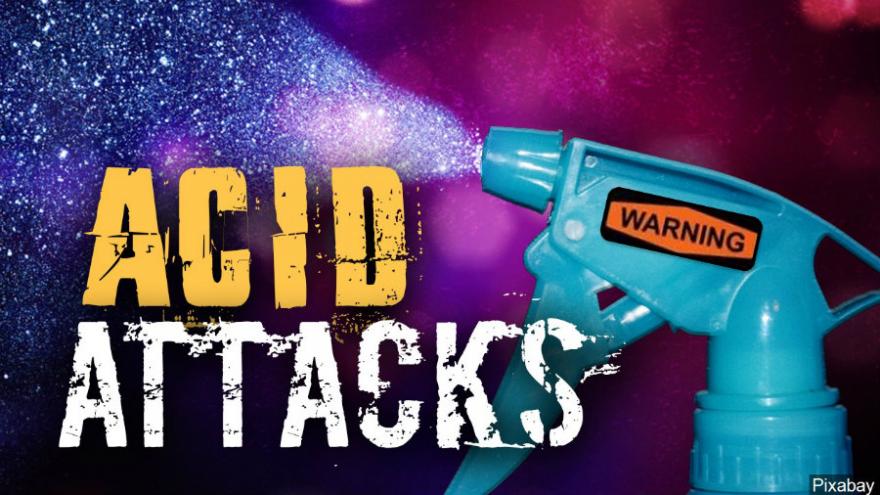 (CNN) -- A three-year-old boy has been seriously injured in a suspected acid attack in a shop in the English city of Worcester, police said.

The boy was left with serious burns to the face and arms after what police believe was a "deliberate attack" in the Home Bargains store on Saturday afternoon.

A 39-year-old man from the nearby town of Wolverhampton has been arrested on suspicion of conspiracy to commit grievous bodily harm. He remains in police custody, local West Mercia Police said in a statement.

Police on Sunday also released CCTV photos of three men they would like to speak to in connection with the incident, adding "they may have information vital to the investigation."

"At this time we are treating this as a deliberate attack on a three-year-old boy," West Mercia Police Chief Superintendent Mark Travis said in a statement.

"The incident will rightly shock the local community and I would like to reassure local people that we are carrying out a thorough investigation to identify those responsible. At this time, the motive for the attack is unclear. Officers are working hard to establish exactly what happened and what the substance involved was."

Local Member of Parliament for Worcester, Robin Walker, described the incident as "horrific."

"The shock will be universal, anyone conducting such an attack on a small child is just appalling," he told the Press Association.

"It's an issue which rightly there has been a lot of concern in Parliament and a move to toughen sentences for any kind of acid attack."