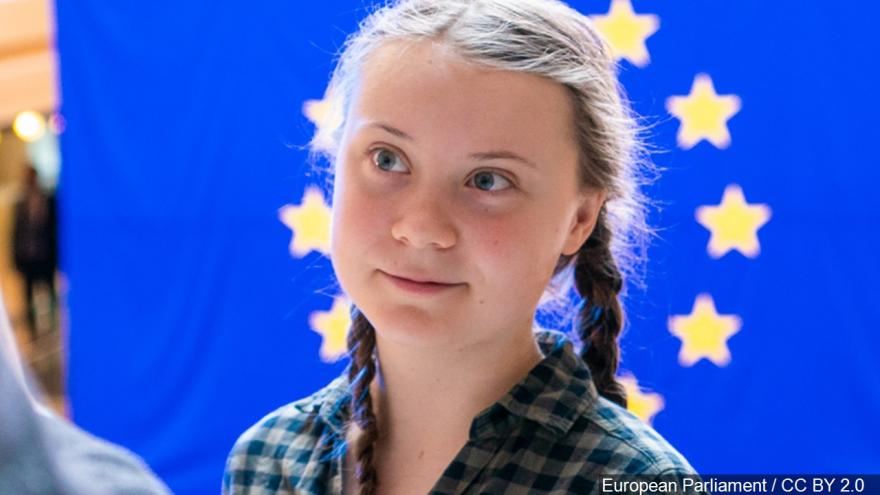 THE HAGUE, Netherlands (AP) — Greta Thunberg, a young activist who has gone from staging school strikes to scolding world leaders about their climate change inaction, was awarded the prestigious International Children's Peace Prize on Wednesday, along with Cameroon peace campaigner Divina Maloum.

Maloum campaigns for the rights and education of Cameroon children preyed upon by extremist groups, while Thunberg has made global headlines for her calls for action to tackle climate change.

Thunberg could not accept the award in person as she was sailing across the Atlantic Ocean toward an international climate conference in Madrid.

She texted a friend and fellow activist Luisa Neubauer who accepted the award on her behalf: "I am incredibly grateful and honored for this prize." Thunberg dedicated the prize to her Fridays For Future movement.

In a video introducing the winners, organizers said that Thunberg and Maloum show that "children are at the heart of the fight for a safe and sustainable future."

Maloum set up an organization called Children for Peace that tours schools, mosques and marketplaces in her native Cameroon speaking to children who could fall prey to extremist groups like Boko Haram. She draws pictures, including of a child refusing to wear a suicide bomb vest, as a way of cutting through linguistic barriers to bring across her message.

She said that she would use her half of the 100,000 euro ($110,000) fund linked to the award to help fund her group's next project, a pan-African children's parliament.

She called it "a platform which is going to help children to be implicated in peace-building processes and to make their voice be heard around the world."

Speaking to The Associated Press ahead of the ceremony, Maloum said she was honored to be receiving the prize alongside Thunberg.

"She also is a bit like a model for me so I'm very, very happy," she said.

Previous winners of the annual prize include Malala Yousafzai, the Pakistani schoolgirl who campaigned for girls' right to education even after surviving being shot by Taliban militants, and the students behind the March For Our Lives in the aftermath of last year's deadly mass shooting at the Marjory Stoneman Douglas High School in Parkland, Florida