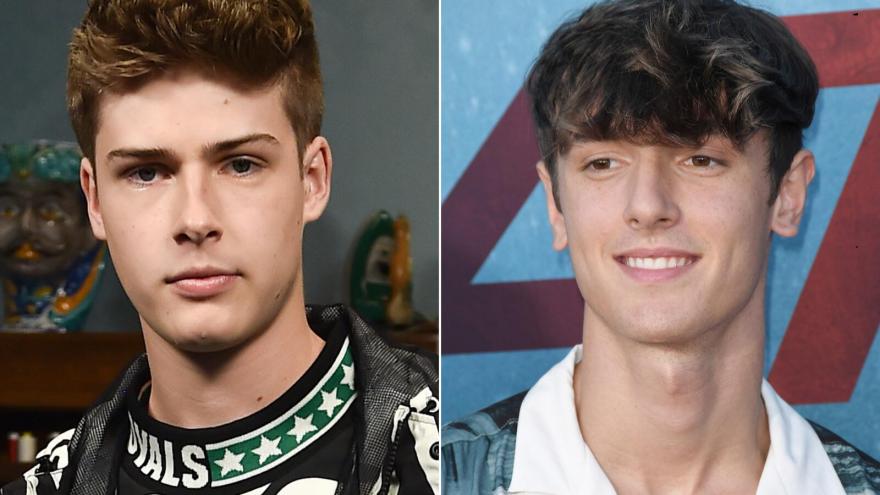 Blake Gray and Bryce Hall could face up to a year in jail and a fine of up to $2,000, after holding two large house parties in defiance of local health orders.

(CNN) -- Los Angeles is taking action against people who host house parties in the middle of the coronavirus pandemic.

"If you have a combined 19 million followers on TikTok in the middle of a public health crisis, you should be modeling great behavior...rather than brazenly violating the law," Feuer said during a press conference.

Prosecutors allege that Gray and Hall held a party on August 8, and that they were issued a warning about the gathering by the Los Angeles Police Department, who responded to a complaint call about the party.

Less than a week later, police were back at the house responding to a "shots fired" call, according to Feuer.

When police spoke to Gray on August 14, he acknowledged the previous LAPD warning on August 8, according to Feuer. Gray was cited and given a final warning, Feuer says.

On August 19, as authorized by Los Angeles Mayor Eric Garcetti, power was cut to the home in Hollywood Hills.

"Despite several warnings, this house has turned into a nightclub in the hills, hosting large gatherings in flagrant violation of our public health orders," Garcetti said in a news release at the time. "The City has now disconnected utilities at this home to stop these parties that endanger our community."

Representatives for Gray and Hall have not yet responded to CNN requests for comment.

By filing the charges, Feuer hopes that others will be deterred from holding large gatherings.

"Everyone's health in our community depends on remaining vigilant," he said.

It remains unclear whether any Covid-19 cases have been linked to the parties. Party-goers are not subjected to citations or charges, but Feuer says that could change if the behavior continues.