TikTok turned this skincare brand into a cult favorite 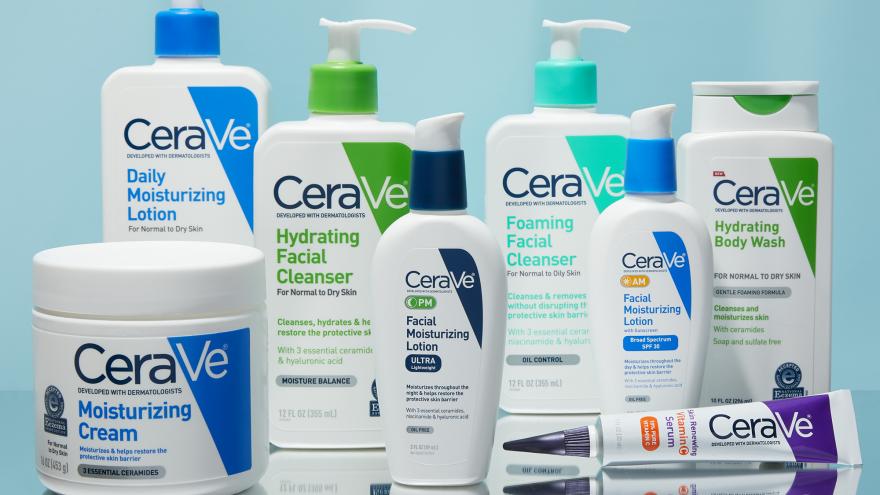 (CNN) -- Hyram Yarbro wasn't all that into CeraVe at first.

The skincare brand, owned by cosmetics giant L'Oreal, came in minimalist, almost clinical packaging that didn't do much for him.

"Then I studied the ingredients, their effectiveness and how affordable it is," Yarbro, a 24-year-old social influencer in Hawaii, said.

Yarbro's account on TikTok — @skincarebyhyram — has five million followers. He also has almost three million subscribers to his YouTube channel.

In a recent TikTok video, he covered a wide spectrum of best drugstore cleansers for every skin type, cheering, "What are we? Cheap!"

He went on to hold up CeraVe's salicylic acid-based cleanser, noting "I'm always recommending this one."

It's a tough time to be a cosmetics company. The pandemic has had a chilling effect on makeup sales, so skincare products, which people are still using despite having nowhere to go, are considered a bright spot.

And CeraVe, a 15-year-old brand known for its affordable cleansers, moisturizers and lotions backed by dermatologists, is drawing a new following — Gen Z users, or people born between 1996 and 2010. That's largely thanks to skincare influencers like Yarbro popularizing it through TikTok, the new beauty guru for younger consumers.

"We developed this brand with dermatologists as a therapeutic skincare line for them to recommend to patients with conditions like eczema, rosacea and acne," said Tom Allison, cofounder of CeraVe.

CeraVe products are sold in the skincare aisle of most mass retailers and drug stores, priced between $10 to $35.

Historically, the way most young people have discovered the brand is through their dermatologists, said Allison. But that is changing.

He approached Yarbro in April after seeing his support of the brand on TikTok. The end result: Yarbro now has a paid partnership with L'Oreal to produce content for TikTok and YouTube, which he says he discloses in his videos.

"The assumption is that Gen Z is focused on color, scents and visual aesthetics of makeup," said Yarbro. "But they are really into their health, skincare and researching the ingredients that go into products."

So Yarbro turned to TikTok in January to educate Gen Zers with show-and-tell type, short-form videos about skin care.

In his 60-second videos, he responds to other Tiktok users' videos showing their personal skincare routines. Yarbro chimes in with his assessment--- good or bad -- about the products they use and offers his own recommendations.

In early July, a TikTok user posted a comical video of a Target employee restocking CeraVe products. As soon as the products hit the shelf, she's bombarded by dozens of Yarbro's fans rushing to grab them.

"CeraVe on TikTok somehow instantly became recognizable with me," he said. "It isn't necessarily a new brand but I think maybe I've played a part in making it popular with a younger audience."

For L'Oreal, the world's largest cosmetics and beauty products company, CeraVe's TikTok-triggered popularity with Gen Z couldn't have come at a better time.

The pandemic has prompted consumers to focus more on their health and well-being, including skin hygiene and maintenance, rather than their makeup routines.

With a large chunk of the population working from home, there's little need to apply makeup the way we were before the pandemic, said Larissa Jensen, vice president and beauty industry analyst with market research firm NPD Group.

Cosmetics category sales have declined 12% since March versus the same period a year ago, while sales of facial skincare products are up 1.6% in the same time frames, according to Nielsen.

Toulemonde said skincare was already starting to take a priority with consumers 12 to 18 months prior to the pandemic. "The pandemic just accelerated this trend," he said.

L'Oreal acquired CeraVe in 2017. The company's Active's Cosmetic Division includes other brands like Vichy and La-Roche Posay that are recommended by healthcare professionals.

Social media has become a critical driver of expanding awareness of skincare, said Toulemonde. It's a more recent development.

"We've already seen how social media has been a phenomenal driver of makeup growth. Five years ago, we were wondering why the same phenomenon was not happening for skincare."

Influencers weren't interested in the category at the time, "but this new generation of influencers is," he said. "There's not many of them, but they have a high level of expertise and they're really getting the attention of young consumers."

Yarbro's influence with Gen Z and generating awareness about CeraVe has had a tangible impact, said Toulemonde. "It's absolutely boosted sales," he said, although he declined to say by how much. "It's as if we have reached our 2022 plan to make CeraVe a winning brand for Gen Z in 2020."