Time's Person of the Year 2017 is 'The Silence Breakers' 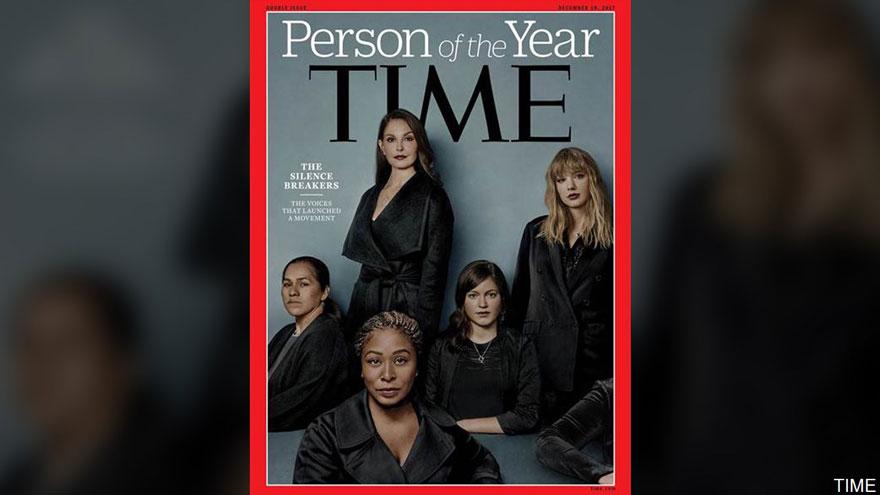 (CNN Money) -- Time magazine has named "The Silence Breakers," representing people who came forward to report sexual misconduct, as its Person of the Year.

It's a recognition of the cultural reckoning this year and the #MeToo movement, which represents the people, mostly women, who have fueled a worldwide discussion about sexual harassment and assault.

"This reckoning appears to have sprung up overnight. But it has actually been simmering for years, decades, centuries," Time's story said.

"These silence breakers have started a revolution of refusal, gathering strength by the day, and in the past two months alone, their collective anger has spurred immediate and shocking results: nearly every day, CEOs have been fired, moguls toppled, icons disgraced. In some cases, criminal charges have been brought."

President Trump was the runner-up for Person of the Year. Chinese President Xi Jinping came in third.

"It became a hashtag, a movement, a reckoning," Felsenthal wrote in an explanation published on Time's website. "But it began, as great social change nearly always does, with individual acts of courage."

The choice was inspired in part by the #MeToo hashtag, which was created more than a decade ago by the activist Tarana Burke. It took off last month when a slew of high-profile men were publicly accused of sexual misconduct, beginning with Hollywood producer Harvey Weinstein. The actor Alyssa Milano tweeted the phrase in mid-October, telling her followers: "If you've been sexually harassed or assaulted write 'me too' as a reply to this tweet." When she woke up the next day, more than 30,000 people had used #metoo, according to Time.

After The New York Times and The New Yorker published accusations of sexual harassment and assault against Weinstein, many more women and some men came forward with allegations against others -- including actor Kevin Spacey, comedian Louis C.K. and former NBC anchor Matt Lauer.

Time also pointed to other women who called attention to problems all year long.

In February, the engineer Susan Fowler alleged pervasive sexism and sexual harassment during the year she worked at Uber. The ride-hailing company launched an investigation afterward and fired 20 employees based on its findings.

And in August, pop superstar Taylor Swift won acourt caseagainst a former radio host she accused of groping her in 2013. Her testimony was widely covered.

"Going to court to confront this type of behavior is a lonely and draining experience, even when you win, even when you have the financial ability to defend yourself," Swift told Time. "Even though awareness is higher than ever about workplace sexual harassment, there are still so many people who feel victimized, afraid and silenced by their abusers and circumstances."

Last year Time awarded Person of the Year to Trump, who had just won the election. Time called him the "President of the Divided States of America."

The president tweeted last month that he was "probably" going to be given the title, adding that he "took a pass" because he would have had to agree to an interview and a photo shoot. Time called that account false.