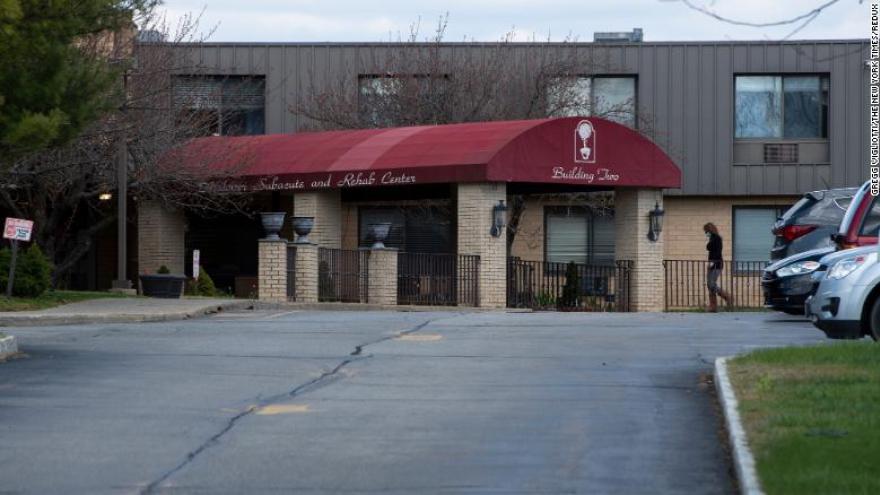 One of the two buildings of Andover Subacute and Rehabilitation Center, in Andover, New Jersey. Photo courtesy CNN

(CNN) -- A tip of a body in a shed led Andover Police to one of New Jersey's largest nursing homes Monday evening where they found 17 bodies in the facility's morgue, one of the responding officers told CNN.

The officers responding to the Andover Subacute and Rehab Center II didn't find a body in the shed, but employees asked them for assistance with the bodies in the morgue.

"The staff was clearly overwhelmed and probably short-staffed," Andover Police Chief Eric Danielson, one of the responding officers, told CNN. "The residents were expiring. Why? We're not sure if it's from Covid-19 or from other diseases, but we tried our best to ease the burden."

Nursing homes have been a vulnerable target for the pandemic that has killed more than 30,000 people in the US. Visitors have been barred in many facilities to reduce bringing in infections, and staff has raced to treat patients as the virus spreads internally. It is not clear, however, if coronavirus was the cause of the deaths at Andover Subacute.

When officers arrived Monday, they found each of the 17 bodies in a body bag with a tag identifying the deceased. The morgue was only intended to hold up to four people, according to The New York Times.

Four bodies remained on site, and the other 13 were transferred to a refrigerated trailer at Newton Medical Center. Danielson did not provide any identifying details regarding the victims.

CNN has reached out tothe center.

Danielson said he was in awe seeing so many bodies.

"It is by far one of the most bodies at one time that I've experienced in terms of a nursing home. Based upon the pandemic and the numbers we saw coming out of the facility, I don't know if I'm necessarily shocked about that. It's an unfortunate situation altogether," Danielson said.

According to the Times, 68 deaths have been linked to the facility and the Andover Subacute and Rehab Centers I, officials said, and 26 of those people tested positive for the virus.

With 2,543 licensed beds, it is one of the biggest facilities in the state, Danielson said. The facility was rated "much below average" by Medicare in a March health inspection and received five health citations.