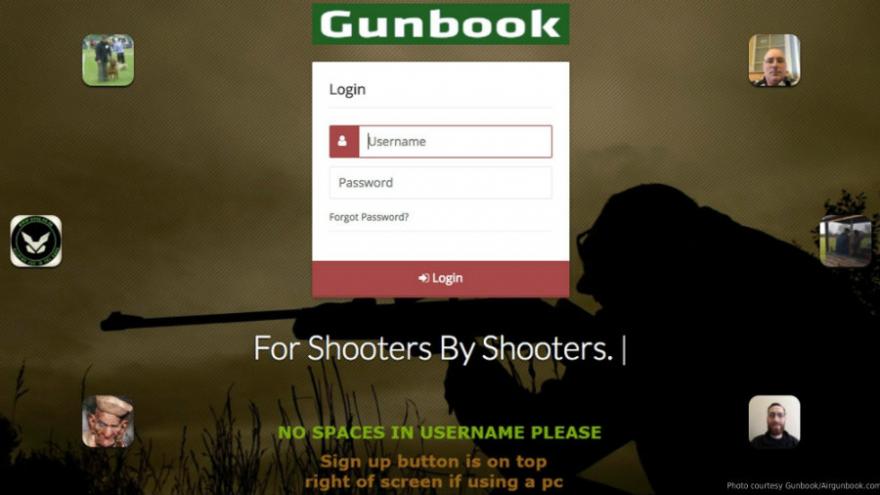 (CNN) -- A social network for gun lovers who might be frustrated by Facebook's policies allows them to showcase their weapons, discuss and give advice on all aspects of shooting, and even sell their guns.

Set up three weeks ago, Gunbook boasts 1,200 members, mainly from the UK but with a growing American presence.

Its creator, gun-lover David Scott, is a Scottish 57-year-old shooting instructor who had the idea of starting a social network "for shooters by shooters" after its members were "fed up with their accounts being removed or closed down if they even mentioned the word 'gun'."

"The Facebook algorithms were picking up certain keywords and causing accounts to be deleted," Scott said.

"I decided it would be a good idea to start a social network for shooters by shooters that was separate from Facebook and which carried out no tracking of activities or kept personal data."

The platform has similar features to Facebook, with profiles, friends, groups, photo albums, and pages, but "free from the restrictions that other social networks impose" on the subject of guns and shooting.

Its feed is made up almost exclusively of people showing off their airguns and firearms, including semiautomatic rifles and pistols, and complaining about Facebook and the liberal media.

One group includes hunters of rats, squirrels, crows and magpies, while another is devoted to tips and tricks for airgun shooters. Perhaps the most appealing aspect for gun lovers who are migrating from Facebook is the possibility of selling and buying weapons, provided they are legal under UK law.

For instance, "Airgun Sales UK" is a group where people can place "airgun sales, trades, and wanted ads," according to the description. "Please be respectful of others. All sales are between individuals. To avoid scams try to keep sales face to face or use an insured method such as an RFD transfer," the description continues.

'Target shooting is not violent'

"We prohibit any attempts by unauthorized dealers to purchase, sell or trade prescription drugs, marijuana, firearms or ammunition. If you post an offer to purchase or sell alcohol, tobacco or adult products, we expect you to comply with all applicable laws and carefully consider the audience for that content. We do not allow you to use Facebook's payment tools to sell or purchase regulated goods on our platform."

Krystal, the tech company that hosts Gunbook, said the website is "used to help coordinate the sale of airguns (not firearms), which are completely legal under UK law."

Scott emphasizes that Gunbook does not glorifies violence, and notes that "target shooting and pest control aren't violent."

"Target shooting is an Olympic and Commonwealth sport and very safe," he said. "Pest control is needed to protect farmers and landowners from huge financial loss and is always undertaken with great care by fully insured shooters with a love of the countryside."

A spokesperson for the UK Gun Control Network told BuzzFeed, which was the first to report about Gunbook: "I hope that it will be closely monitored by police. ... They're all in one place and will be looked at. That's the only comfort really that we can take."

CNN has reached out to UK Gun Control Network for comment and will update the article accordingly.