'Tis the season for more TV holiday movies than ever 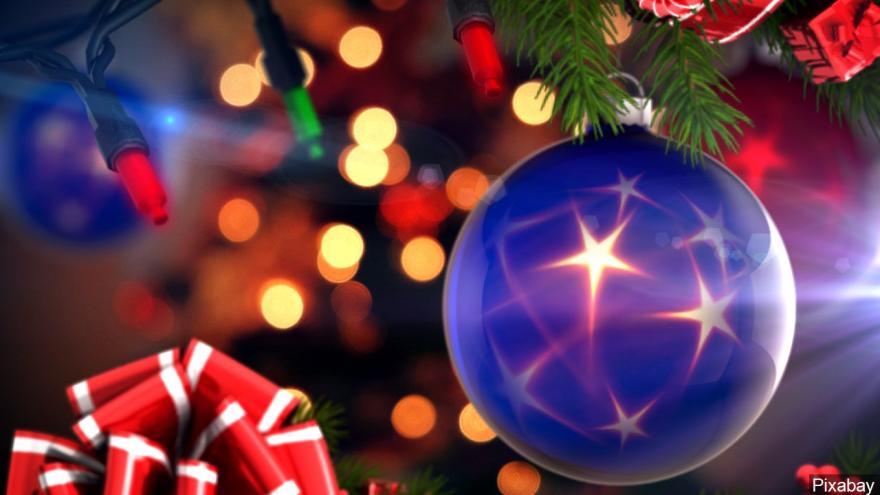 NEW YORK (AP) — Have you heard the one about the girl who didn't care about Christmas but found herself in a small town for the holidays surrounded by decorations, cookies and carolers, and found a new boyfriend and her Christmas spirit by Dec. 25? Hallmark Channel has, and they're airing 22 original movies this year built around plots similar to that. The premise may vary, but the themes are the same and Hallmark is very OK with that.

"Yes, you can pretty much guarantee that when you meet our two leads in the first 10 minutes of a Hallmark movie, it's guaranteed that they will end up together," said Michelle Vicary, the executive vice president of programming and network publicity for Crown Media and Family Networks.

While regular network prime-time programming tends to take a hiatus during the holiday season, it's Hallmark Channel's time to shine. Their holiday movies are so popular, they begin airing Christmas movies Oct. 26 and wrap up Jan. 1.

"When viewers kept telling us by virtue of the ratings that they wanted more (Christmas), it was a natural to extend the time that we were programming for them," said Vicary.

Hallmark sells shirts that say, "All I want to do is drink hot cocoa and watch Hallmark Channel." This year there's also an app called Countdown to Christmas to keep track of the programming on Hallmark Channel and its sister channel, Hallmark Movies and Mysteries (which offers more spiritual fare). There's an option to set alerts on your phone and add the movie start times to your calendar. On launch day, it had 140,000 downloads.

Bure reigns supreme. "For the last three years she has had the No. 1 Christmas movie on the Hallmark Channel with very, very stiff competition from Chabert and Loughlin," Vicary said.

Bure said the reaction to her Hallmark Christmas movies encourages her to keep making them but also find interesting ways to tell stories that fit the formula.

"It's a big deal to decide which movie to do," she said. "The competitive side of me says, 'Hey, I want to keep topping those charts and helping the company improve and helping my numbers.'" This year's film, "A Shoe Addict's Christmas," is based on a novel by best-selling author Beth Harbison.

Loughlin, who developed her own film for Hallmark this year, admits to also trying to push the envelope a little bit.

"They definitely have a formula and you do have to follow it. If you don't, they rein you back in. As actors we want a little bit of drama so you try to put some highs and lows in there, but you can't argue with (Hallmark). Their format is 100 percent working."

The biggest motivation for returning to Hallmark year after year is the fans, said Bure. She recalled a letter from an older man whose wife had passed away after more than 50 years of marriage. She loved Christmas and would decorate for the season early, and particularly loved Bure's Christmas movies. He forced himself to not only keep up his wife's tradition of decorating but also sat down to watch Bure's movie that year because it's what they would have done as a couple, and it made him feel closer to her.

"It's more than ratings. It's more than a cheesy holiday spirit. There's a deep meaning behind (these movies) for some people. I love all of them, and that's why I keep doing them," Bure said.

Chabert, who is also known for roles in "Party of Five" and "Mean Girls," said she considers it "an honor" to keep making Christmas movies for Hallmark.

She also said the movies speak to important themes: "Disconnecting from the world, spending time with family, and just being in touch with what's most important and I think that's always a good reminder."

McKellar agreed: "I really believe these movies encourage connection," she said, joking that she can't count the number of times she's said "family traditions" in her films, adding that's the point. "It's not about ratings. It's about sticking to a set of values that the brand holds dear."

She's especially excited about her offering this year, "Christmas at Grand Valley," because it reunites her with her former "The Wonder Years" co-star, Dan Lauria, who plays her dad in the movie.

Hallmark Channel isn't the only network airing holiday fare. Lifetime does it, too, and begins airing mostly holiday programming after Nov. 21. Films this year include "Every Day is Christmas" starring Toni Braxton. They also have their own crop of "go to" talent, including Tatyana Ali of "The Fresh Prince of Bel-Air" and Melissa Joan Hart of "Sabrina the Teenage Witch." Tia Mowry-Hardrict of "Sister Sister" has the distinction of appearing on both Hallmark Channel and Lifetime with new movies this season. She stars in Lifetime's "My Christmas Inn" and "A Gingerbread Romance" on Hallmark Channel.

"There's certain talent that our audience really connects with around the holidays," said Meghan Hooper, a senior vice president at Lifetime. "We like bringing back some of the same performers like Tatyana Ali that viewers grew up with on 'The Fresh Prince of Bel-Air.' They now see her on our air year after year. It's leaning into that comfort and nostalgia."

Hart's "A Very Nutty Christmas" debuts on Lifetime on Nov. 30. "I don't want to make Christmas movies just my thing," said Hart. "But it's the only place where TV movies still thrive. ... Just having something to watch that's uplifting and light and romantic. I think it's something really missing in theaters and mainstream television these days."