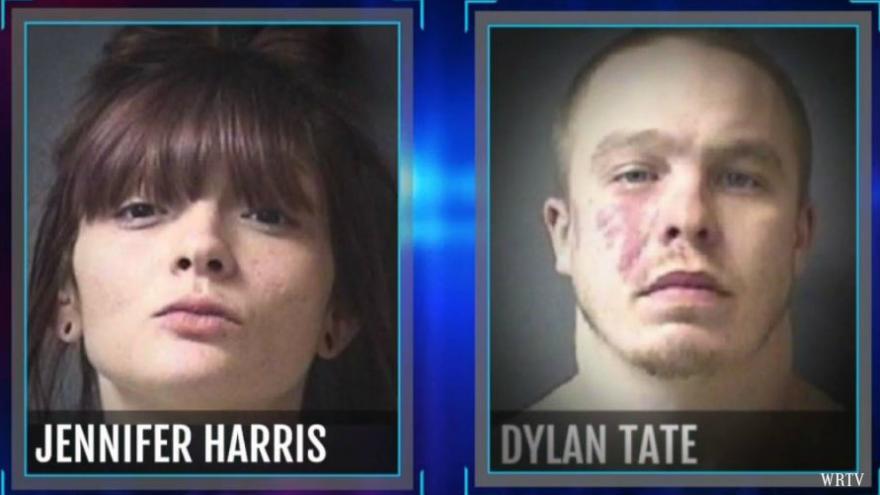 ANDERSON, Ind. (WRTV) -- The uncle of an 18-month-old Anderson boy who died under suspicious circumstances has filed a legal claim against the Indiana Department of Child Services, saying they failed his nephew and they're trying to cover up information that could relate to his death.

Harlan Haines died in February at Riley Hospital for Children after a car crash involving his mother's boyfriend, Dylan Tate.

Court documents described Harlan's injuries and how paper towels were found stuffed down his windpipe on the day he arrived at the hospital. Those injuries were severe and included multiple bruises, cuts and other injuries that doctors believe had nothing to do with the car accident.

Tate and Harlan's mother, Jennifer Harris, have both been arrested. Harris is charged with neglect of a dependent resulting in death. Tate is facing the same but hasn't been officially charged by the prosecutor's office.

The CDS Law group and Cate, Terry and Gookins have teamed up to take on the Department of Child Services in Harlan's name after his uncle, Michael McKnight, filed a notice of tort claim against the department.

"It's a truly horrific death. The baby didn't have to die,' said Attorney Bob Summerfield. "DCS in their epic failure didn't do anything."

McKnight was a caseworker in Grant County.

McKnight's lawsuit claims that he and his wife had attempted to get temporary custody of Harlan after they learned of a DCS investigation involving him and allegations of abuse on December 27. His request was denied by DCS.

Summerfield says after Harlan's death DCS Director Terry Stigdon called McKnight and told him "not to worry about work."

McKnight learned he was fired on the day of Harlan's funeral.

"Mr. McKnight received automatic notice of his termination and the personal contents of his desk were later mailed to his residence by the Department of Child Services without further explanation," the legal action claims.

"This baby would be alive if they followed protocols and procedures. Done their job. He'd be here." said Summerfield.

McKnight's lawsuit claims that DCS fired him to limit his access to the paperwork and information related to his nephew's death.

Call 6 Investigates has reached out to DCS. The department's chief spokeswoman says they may have a response on Wednesday.