Too much snow will make the Iditarod exceptionally difficult this year 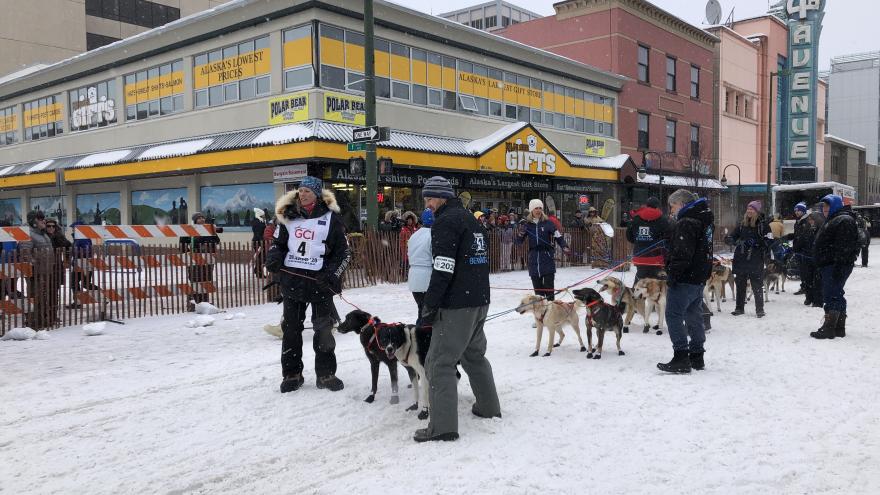 (CNN) -- It really is possible to have too much of a good thing -- just ask the organizers of this year's Iditarod.

The annual sled dog race across Alaska, which is set to start on Saturday, has an abundance of snow.

An "epic amount of snow" awaits the mushers this year, according to Mark Nordman, the race marshal. Many areas along the route from Anchorage to Nome are more than five feet deep.

It's not a total surprise. Alaska is in the midst of its coldest winter in 21 years, according to the National Oceanic and Atmospheric Administration (NOAA). And Anchorage, where the race starts, just had its 6th snowiest February on record.

Not a single day in the last two weeks has had a high temperature above freezing, so most of that snow hasn't melted.

Although the Iditarod is a snow race, too much can actually be difficult for the mushers and their dogs making the trek. Nordman explains that an excess amount of snowpack could slow down the race at certain times. "There is snow in the forecast in the next two days so we will see what happens, but the trail is really good to Finger Lake." The distance from Willow to Finger Lake is the first 112 miles of the race.

While the ceremonial start begins Saturday in the city of Anchorage, the restart will take place the next day in the town of Willow, and then continue along the Northern Route, which is used in even years, to Nome.

In recent years, not enough snow was a problem. Three of the last five years are in Alaska's top 20 Februaries with the least snowfall.

Typically, the teams finish in about nine to 11 days. But the fastest the race has been completed was in 8 days, 3 hours, 40 minutes. That was in 2017, when there wasn't too much snow.

But this year will be a different story, as even more snow is forecast for areas along the route.

While most areas will pick up somewhere between 6-10 inches during the race, there will be isolated higher amounts, as well as reduced visibility along other sections.