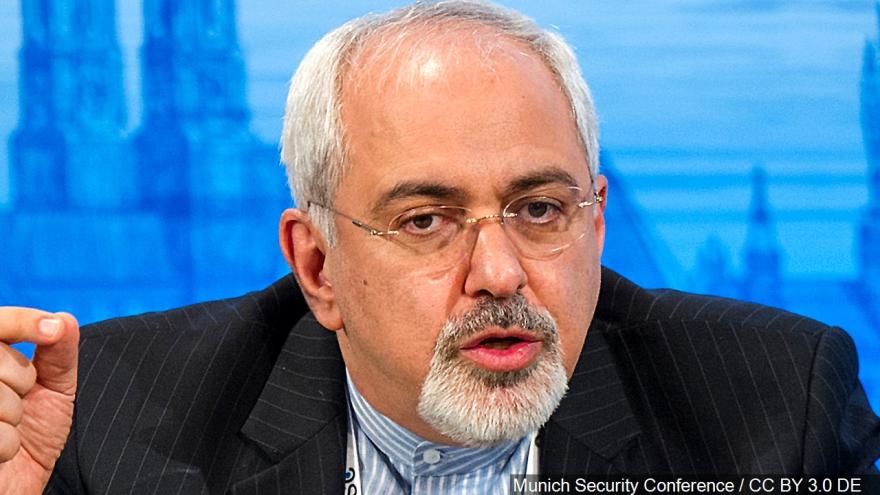 TEHRAN, Iran (AP) — Iran's foreign minister warned the U.S. on Monday that it "cannot expect to stay safe" after launching what he described as an economic war against Tehran, taking a hard-line stance amid a visit by Germany's top diplomat seeking to defuse tensions.

A stern-faced Mohammad Javad Zarif offered a series of threats over the ongoing tensions gripping the Persian Gulf. The crisis takes root in President Donald Trump's decision over a year ago to withdraw America from Iran's 2015 nuclear deal with world powers.

"Mr. Trump himself has announced that the U.S. has launched an economic war against Iran," Zarif said. "The only solution for reducing tensions in this region is stopping that economic war."

For his part, German Foreign Minister Heiko Maas insisted his country and other European nations want to find a way to salvage the nuclear deal, which saw Iran limit its enrichment of uranium in exchange for the lifting of economic sanctions.

However, Europe has yet to be able to offer Iran a way to get around the newly imposed U.S. sanctions. Meanwhile, a July 7 deadline looms for Europe to find a way to save the unraveling deal. Otherwise, Iran has warned it will resume enriching uranium closer to weapons-grade levels.