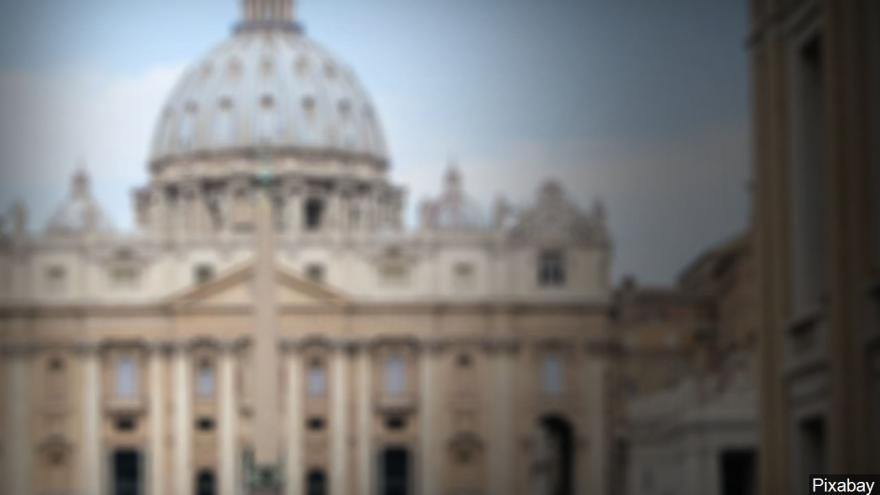 (CNN) -- A topless protester was detained by Vatican police on Monday for attempting to steal the doll of baby Jesus from the Vatican's nativity scene. The incident occurred as thousands of people gathered in St. Peter's Square to hear the Pope's Christmas Day message.

The woman, who was wearing pants and shoes, was part of the international feminist organization Femen. The group has become well-known for sending topless activists to protest world leaders and challenge the global patriarchy. The woman, identified by Femen as Ukrainian "sextremist" Alisa Vinogradova, had "God is Woman" written on her torso.

Femen stated that the act was meant to protest the "Vatican's infringement of the rights of women to their own bodies." The alleged infringements included the Holy See's "promotion of the ban on abortion" and "'sacred condemnation'" of contraception.

The would-be theft was thwarted by Vatican police before the woman could flee the nativity scene with the baby Christ doll.

The Catholic Church has long been targeted by Femen for its conservative policies and traditional views on women in society. In 2014, the group tried to steal the baby Jesus from the Christmas nativity scene at the Vatican.

Both snatch attempts were unsuccessful, but the group pushes the same message: "A child is not from a god, but from a woman! For a woman is God!"