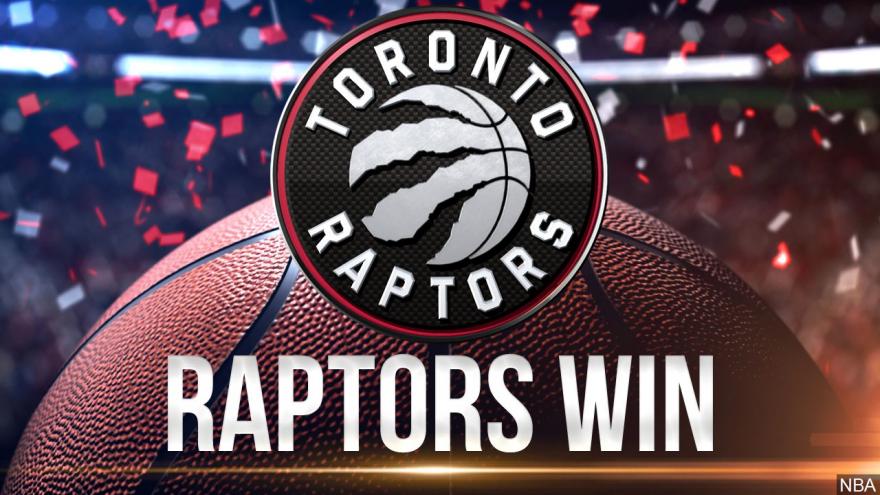 The Raptors defeated the Golden State Warriors 114-110 in Game 6 of the NBA Finals on Thursday night. The Raptors won the series 4-2, denying the Warriors what would have been a third straight championship.

Kyle Lowry and Pascal Siakam had 26 points apiece for the Raptors, Fred VanVleet and Kawhi Leonard each had 22 for Toronto.

Klay Thompson scored 30 for Golden State but left with a knee injury. Andre Iguodala scored 22 points and Stephen Curry had 21 for the Warriors. Curry missed a 3-pointer with about 5 seconds left, the Raptors tacked on a free throw off a technical in the last second when the Warriors called a time-out they didn't have, and the last game at Oracle Arena was the last game of Golden State's reign.