Toyota is working on a moon buggy 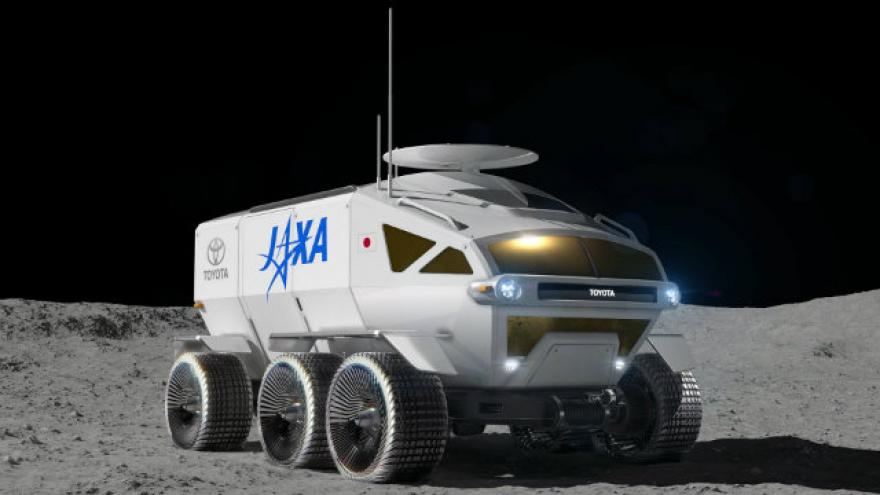 (CNN) -- In about 10 years, Toyota hopes to be shuttling people around the moon.

The automaker has teamed up with Japan's space agency to build a fuel cell-powered electric lunar rover that they aim to send into space in 2029.

The vehicle will be able to carry two people and travel thousands of miles across the moon's surface, the company announced this week. The rover will be designed to enable astronauts to live in it without having to wear spacesuits.

The vehicle, which is still in the conceptual stage, will be 6 meters (20 feet) long, or about the size of two minibuses, according to Toyota. The company has been studying the possibility of making the rover since last summer, but it signed a new agreement this week to accelerate the project with JAXA, Japan's space agency.

"Manned rovers with pressurized cabins are an element that will play an important role in full-fledged exploration and use of the lunar surface," JAXA President Hiroshi Yamakawa said in a statement. The agency expects that to happen in the 2030s.

Toyota CEO Akio Toyoda said the project shows confidence in the "durability and driving performance" of the automaker's vehicles and its fuel cell technology for powering electric cars.

Fuel cell electric vehicles can travel much further than battery-powered ones before having to recharge, which makes the technology suited for the lunar project, according to Toyota. Even though the amount of energy that can be transported to the moon is limited, the rover will have a range of more than 10,000 kilometers (6,200 miles).

"I believe that our industry, which is constantly thinking about the role it should fulfill, shares the same aspirations of international space exploration," Toyoda said.