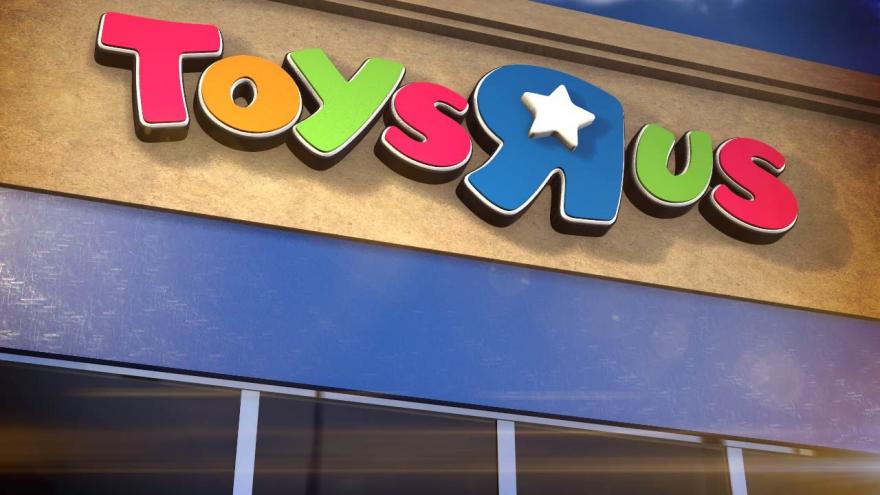 The toy giant's decision to close its stores this year left some huge holes for the annual charity drive to fill.

Toys R Us shoppers donated more than 250,000 toys last year and the company gave $5 million in corporate contributions — 40 percent of all corporate giving to the Marine Corps community effort.

The company's 800 stores usually had boxes near the doors where customers could toss a toy on their way out. They also took monetary donations.

From Florida to Spokane, Washington, several Toys for Tots campaigns say the closures hurt. In Orlando, for example, donations were down 25 percent. In Bakersfield, California, the local group reported being 10,000 toys down earlier this month.

Kelly Wilson, the north Atlanta coordinator for Toys For Tots, said her city needed 268,000 more toys earlier this week. She said donations collected at local Toys R Us stores would fill a large tractor-trailer or more each year.

"We are hopeful that all of our contributors just went somewhere else, got a toy from Kroger or Publix ... Target or Walmart since Toys R Us is not available," she said.

Toys for Tots national spokesman Ted Silvester said losing Toys R Us was a "tough pill." But he said other corporate sponsors such as Hasbro, Disney and Build-A-Bear helped fill the void while Marine units asked the public for more individual donations. In some cities it's too late to donate toys this year, but monetary donations are accepted to buy last-minute gifts.

Silvester said while it won't be known until next month whether the Toys R Us closure resulted in an overall drop nationally in presents donated, numerous cities like New York and Detroit required additional toys. So did regions hit by disasters this year, such as Northern California and the Carolinas.

He said the national Toys for Tots Foundation assists any of the 809 local drives that need additional gifts. Toys for Tots distributed 18 million toys to 7 million children across the U.S. last year.

"The loss of Toys R Us hurt but we hope we will be able to meet the needs of all the families this holiday season," Silvester said. Toys R Us closed in June after filing for bankruptcy last year, unable to compete with online retailers and discount stores like Target and Walmart. More than 30,000 workers lost jobs.

At the Marine Corps warehouse in suburban Miami this week, vans and trucks from community groups, women's shelters, churches and schools lined up daily to pick up toys for families they assist. Outreach to local givers and a shipment of Hasbro toys from the national foundation filled any hole left by Toys R Us, said Gunnery Sgt. Dennis Polo, who led the local effort.

On one particular morning, several Marines and civilian volunteers loaded boxes as the months-long effort reached its final days. Polo said his 19 years in the Marines helped him meet the challenge by organizing the mission like a battlefield deployment.

The warehouse is orderly, with toys separated by age group and gender. Charities submit orders giving details of their recipients and the Marines prepare customized boxes in advance to await pickup. Chaos is kept to a minimum — but Polo's weary voice gives away the effort that makes it happen.

"It is very tedious work but very, very needed," said Polo, whose family immigrated to Miami from Cuba when he was 15 and still lives here. "It is not just collecting toys and giving toys, it is matching the gift to each child."

Dabf Montesir and Quante Watkins were picking up toys for McDonald's Playworld, a Miami charity that works with low-income families — boxes of goods filled their van. (The charity is not associated with the fast-food chain.) Montesir said he's glad Miami's Toys for Tots overcame the loss of Toys R Us because the presents his group receives help alleviate strain for needy parents who can't afford gifts for their children.

Keiondra Ross' three children are receiving gifts through McDonald's Playworld. The single mother, who works at a Veterans' Administration hospital cafeteria, said it's difficult to pay for her family's needs, so extras like Christmas presents are tough. On this day just before Christmas, the family's apartment sat dark to cut the electric bill.

"What Toys for Tots provides is hope," Ross said. "It allows children to feel, to be a child, to be happy, to receive something, to be able to be a kid."

Sarah Blake Morgan in Atlanta contributed to this story.