Traffic stop leads to discovery of cocaine worth more than $750K 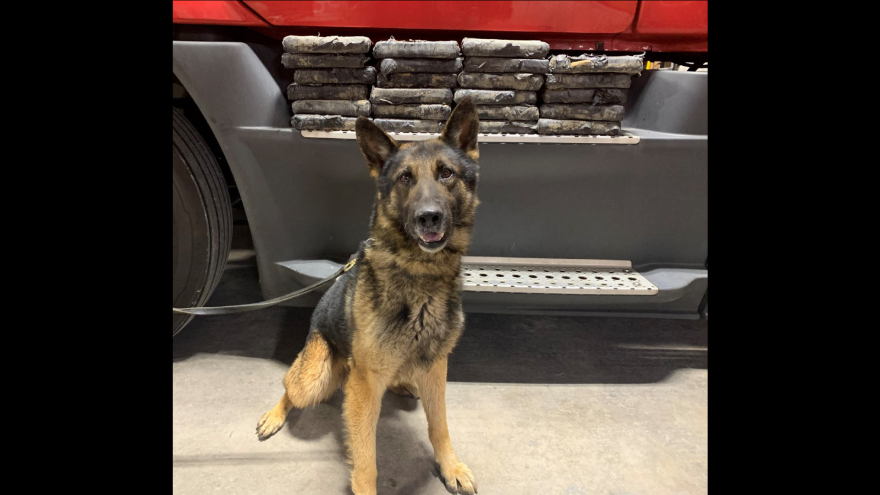 CANADIAN COUNTY, OK (KFOR) -- A man was arrested after a traffic stop led to the discovery of more than 60 pounds of cocaine, totaling over $750,000.

About 1:30 a.m. on June 8, deputies with the Canadian County Sheriff’s Office made the arrest of a North Carolina truck driver after he was stopped along I-40 near Radio Road for driving off the roadway.

The driver, identified as Irvin Rodriguez, 31, of Wake Forrest, North Carolina, was taken into custody for drug smuggling.

A sheriff’s drug dog alerted to the presence of illegal drugs under the bed inside the sleeper compartment of the semi-tractor.

Officials say Rodriguez had denied having any illegal drugs in the vehicle, but responded, “They are going to kill me” to the deputies after they told him they found the suitcase with the drugs.

Rodriguez was taken into custody and transported to the Canadian County Jail, where he was booked in for trafficking in illegal drugs. His bail was set at $50,000 and he remains in custody.