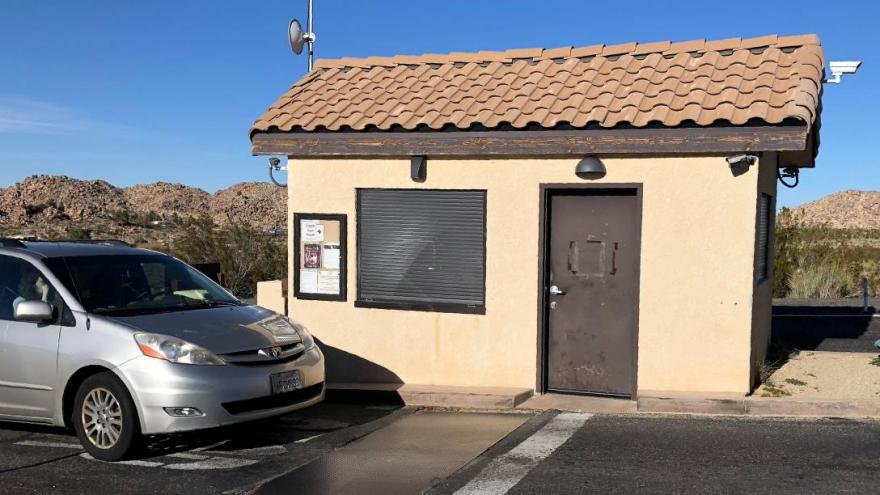 With a quarter of the federal government employee workforce beginning 2019 out of work or working without a paycheck, agencies from the National Park Service to the Environmental Protection Agency and the Smithsonian museums are feeling the pinch.

Joshua Tree, more than 792,000 acres of national park nestled between Palm Springs to the south and the town of Joshua Tree to the north, will remain open during the shutdown but its popular campgrounds will close at noon Wednesday, according to the National Park Service.

"The park is being forced to take this action for health and safety concerns as vault toilets reach capacity," the park service said.

"In addition to human waste in public areas, driving off-road and other infractions that damage the resource are becoming a problem."

"Any entry onto NPS property during this period of federal government shutdown is at the visitor's sole risk," the park service said this week.

Trash collection has stopped along with road and walkway maintenance.

Rattlesnake Canyon will close to reduce the number of search and rescue events for rangers already spread thin because of the shutdown, the park service said.

The shutdown has also left a stinking mess at Yosemite National Park in the Sierra Nevada mountain range in eastern California.

Yosemite, the nation's third most-visited national park, remains open but various campgrounds as well as snow play areas are "closed due to human waste issues and lack of staffing," according to its website.

On the Yosemite Twitter account on Sunday, officials said a "lack of the restrooms and resulting impacts from human waste" forced the closure of the campgrounds.

"People entering closed areas are being cited," the tweet said.

The visitor center and museum at Yosemite are closed and emergency response times may increase during the shutdown.

Kristen Brengel, vice president of government affairs for the National Parks Conservation Association, said the shutdown not only hurts the parks but also surrounding communities that rely on an estimated $18 million a day from tourism.

"It's really a big deal for Joshua Tree," she said of the campground closings. "This is a very popular season for people that come there."

Brengel said staff shortages had created a sense of "lawlessness" in the parks.

"People are bringing in dogs and drones and there are instances where people aren't following the rules and it is not good for the wildlife and the environment," she said.

Joshua Tree Superintendent David Smith, in a statement, thanked the "local businesses, volunteer groups, and tribal members" who have stepped up to collect trash and maintain grounds during the shutdown.

"This is a reflection on their efforts and the park is very fortunate to have a community that exhibits the kind of care and concern witnessed over the last week," he said.

David Lamfrom, director of the California Desert and National Wildlife Programs of the National Parks Conservation Association, said the volunteer efforts can't supplant the work of the park service.

"People are walking off trails, bringing their dogs," he said. "People are trampling and destroying the things they want to preserve without knowing it. ... People are camping where they want or showing up really early or late at certain watering holes so animals like bighorn sheep won't come down to drink."

Key parts of the federal government have been impacted by the December 22 shutdown, including the departments of Homeland Security, Justice, Interior, State and Housing and Urban Development.

The shutdown began after President Donald Trump was unwilling to back down from his demand for $5 billion for his long-promised border wall. The figure was a nonstarter for Democrats, leaving Congress at an impasse.