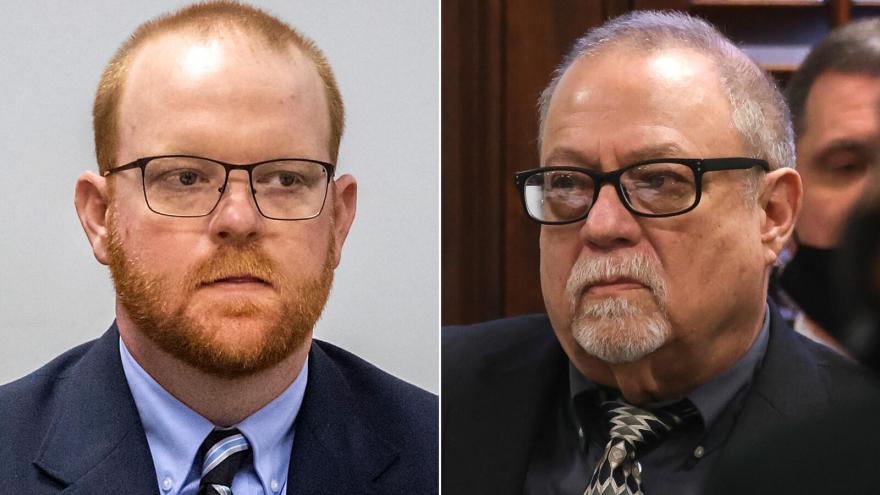 Travis McMichael is due back in federal court today after his plea deal on hate crime charges was rejected.

(CNN) -- Travis McMichael will stand trial on federal hate crimes charges in the killing of 25-year-old Black jogger Ahmaud Arbery after indicating Friday he would not plead guilty, days after a judge rejected the terms of a plea deal he had reached with prosecutors.

Court documents filed Thursday showed Gregory McMichael, who had reached a similar deal with prosecutors, had opted to withdraw his agreement, plead not guilty and face trial as well.

As a result, jury selection in the federal trial will begin Monday.

Travis McMichael, his father and William "Roddie" Bryan all face one count of interference with rights and one count of attempted kidnapping, per a federal indictment. Travis McMichael and Gregory McMichael also were charged with one count each of using, carrying and brandishing (and in Travis' case, discharging) a firearm during and in relation to a crime of violence.

The federal court proceedings come after the McMichaels were convicted of murder during a state trial in November for chasing down and killing Arbery in February 2020 in a south Georgia neighborhood. Arbery was shot while running from the McMichaels and Bryan, who was also convicted in the killing.

Travis McMichael entered court Friday shortly before 10 a.m. ET unshackled, wearing a suit but no mask. Neither members of the McMichaels' family nor Arbery's family were present for the hearing.

The hearing came after US District Judge Lisa Godbey Wood on Monday rejected a proposed plea agreement with prosecutors: Under the deal, Travis McMichael had agreed to plead guilty to one count of interference with rights in exchange for prosecutors recommending he serve 30 years in federal prison, after which time he would have returned to Georgia to finish his sentence in the state case for Arbery's death. Five of those final years would have counted toward his supervised release from federal prison.

In agreeing to the deal, Travis McMichael would have conceded he killed Arbery as he ran down a public street, and he "acted because of Mr. Arbery's race or color."

Witnesses at Monday's hearing included an FBI special agent who testified that authorities had searched Travis McMichael's cell phone and social media accounts and found "frequent use of racial slurs" in reference to Black people.

Wood said Monday she was not comfortable with the sentencing guidelines of Travis McMichael's agreement and did not accept the plea deal after hearing testimony and statements from Arbery's family members. Attorneys for both McMichaels asked for more time to reconsider, and Wood gave them until Friday to make their decisions on pleas.

"Ahmaud didn't get an option of a plea," Arbery's mother, Wanda Cooper-Jones, told the judge during Monday's hearing. "Ahmaud was killed. Ahmaud was hunted down. I'm asking you on behalf of my family to please do not accept this plea."

The Arbery family was displeased prosecutors agreed to the deal without the family's consent, Merritt told CNN.

The Justice Department respected the court's decision not to accept the plea agreement, Assistant Attorney General Kristen Clarke said in a statement, adding that prosecutors "entered the plea agreement only after the victims' attorneys informed me that the family was not opposed to it."

Bryan, the neighbor, was also in court Monday but did not have a proposed plea deal on the federal charges.