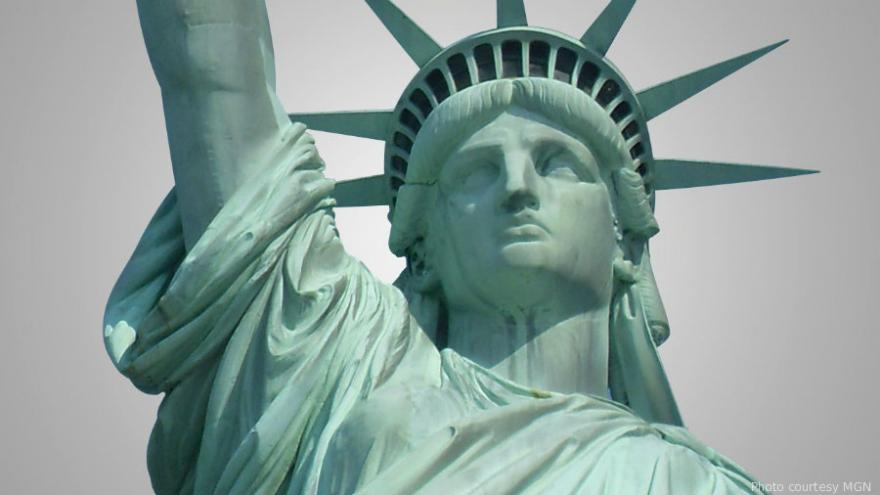 NEW YORK (AP) — A protester who was arrested after climbing the base of the Statue of Liberty to protest America's immigration policies says she wants to go to trial. 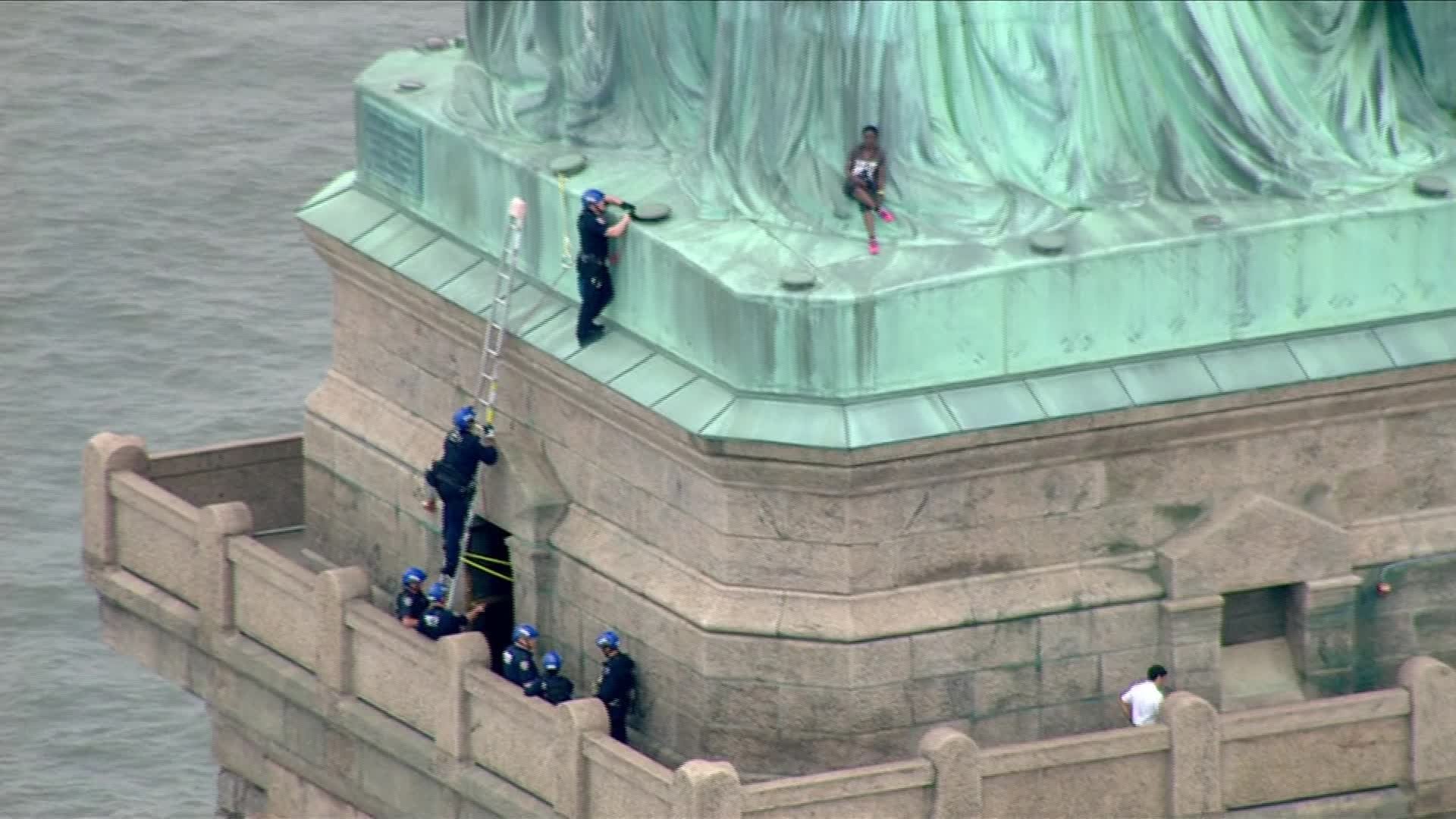 Therese Okoumou appeared at federal court in Manhattan Tuesday, where a judge set a Nov. 5 trial date. She's charged with trespassing and other misdemeanors.

Okoumou, who's a naturalized U.S. citizen from Congo, has said she climbed about 100 feet (30.48 meters) to the bottom of the statue's robes on July Fourth to protest Republican President Donald Trump's immigration policies. Prosecutors have called it a dangerous stunt that forced an evacuation of thousands of visitors from Liberty Island.

Defense attorney Ron Kuby says Okoumou is eager to present her case to a jury. He calls the jury system "the conscience of the people."