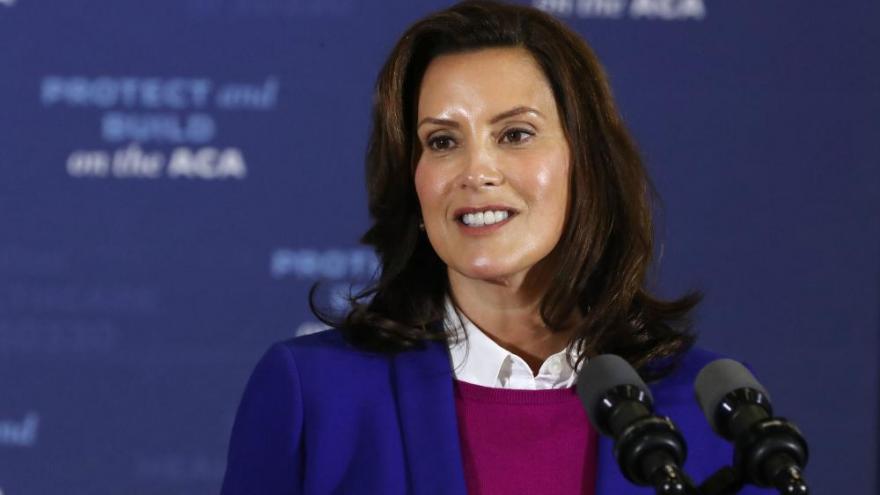 All have pleaded not guilty.

The case underscores the political tensions in Michigan that reached new heights as Whitmer faced backlash for restrictions she had imposed in 2020 in response to the coronavirus pandemic. Observers have pointed to then-President Donald Trump's rhetoric toward the governor and her state, including a tweet in which he called on residents to "liberate" the state from the restrictions.

The presiding judge in the case has said the parties should avoid political discourse about hot-button current events like the 2021 attack at the US Capitol, but the defendants' alleged politically motivated involvement in anti-government activities will likely come out at trial to some extent.

The alleged co-conspirators, associated with a Michigan-based group called "Wolverine Watchmen," had "intended to use the destructive devices to facilitate their plot to kidnap the Governor, by harming and hindering the Governor's security detail and any responding law enforcement officers" at Whitmer's vacation home, the prosecutors said.

Fox allegedly ordered $4,000 worth of explosives from an FBI agent posing as a co-conspirator in September 2020 and Croft and Harris detonated an IED containing shrapnel near human silhouette targets "to assess its effectiveness as an anti-personnel weapon" that same day, according to the superseding indictment.

The FBI became aware of the scheme in early 2020 through a social media group.

Several other people were charged in the case by the state, in addition to those charged in federal court.

What to expect at trial

Prosecutors have said they plan to call more than 25 witnesses to the stand in the government's case, which could take about three weeks. The entire trial in federal court in Grand Rapids, Michigan, is expected to last about four to five weeks, the attorneys have estimated.

Two men who were previously charged in the case but took a guilty plea deal are expected to testify against their alleged co-conspirators in court.

Ty Garbin and Kaleb Franks each pleaded guilty to one count of kidnapping conspiracy. Garbin was sentenced to six years in prison last year.

At Garbin's sentencing hearing, a federal prosecutor said that "It's hard to overstate how significant Mr. Garbin's cooperation was here. He didn't hold back. He would come right out and say, 'We planned to do this and I was knowingly a part of it.'"

Franks, who pleaded guilty about a month before the trial was scheduled to begin, is to be sentenced in June. He confirmed in court during a change of plea hearing that he had not been entrapped by undercover agents or informants who had infiltrated the group.

"Among other things, they will testify that Fox and Croft initiated the kidnapping plot; that Harris and Caserta voluntarily joined it; and that none of the defendants were entrapped by law enforcement," a government court filing says.

At least one paid confidential informant and about a dozen "civilian witnesses with knowledge of the plot" are also expected to testify, according to court documents.

Attorneys for the four remaining defendants have indicated they may make an entrapment defense argument for the jury. Fox's attorney alleges his client was drawn in by paid informants, leading him to be caught up in the crimes alleged in the indictment.

The jurors, defendants and attorneys will not be required to wear masks during trial proceedings, the judge ruled.