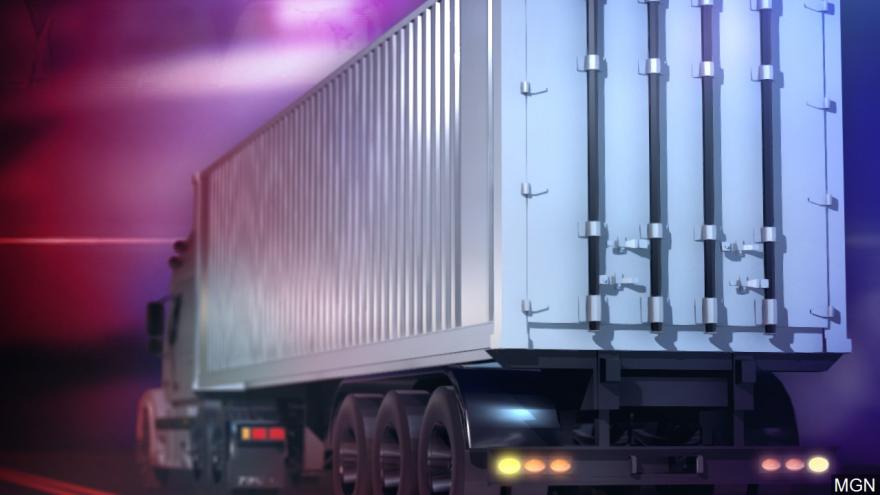 Chicago, IL (WBBM ) -- A few dozen truckers staged a “slow roll” on I-57, the Dan Ryan and Kennedy expressways, and the Tri-State Tollway on Friday; but were blocked from their goal of driving past Trump Tower as part of a nationwide protest on wheels.

The truck drivers were protesting working conditions and federal regulations in their industry.

Friday morning, about 30 to 40 truck drivers gathered at a truck stop in south suburban Monee, before beginning a slow drive north on Interstate 57 and the Dan Ryan.

A line of about 25 truck cabs made its way downtown, where the drivers planned to drive past Trump Tower. However, police blocked exit ramps to downtown as the truckers headed north, so instead the convoy headed north on the Kennedy Expressway, then headed south on the Tri-State back to I-57, and stopped at the Federal Motor Carrier Safety Administration in Matteson.

The drivers said they are mostly focused on two major issues, a lack of training for new drivers and insufficient flexibility in their hours of service.

They want drivers involved in training new recruits to have at least five years experience, and a good driving record, which they said will help prevent accidents on the roadways.

“They’re taking these drivers and spending three, four weeks in a classroom with them, putting them in a truck with another driver, and then three or four weeks bringing them back and making them a trainer. It’s not working,” trucker Joe Denney said.

The drivers also said they need more flexibility in their hours of service, to stop drivers from making bad decisions like driving home during a snow storm, or driving when they are tired simply because they’re on a timer.

“Right now truck drivers are on a timer, and when that timer runs out, you have to stop. You can’t run any longer, and because of that guys are making bad decisions,” trucker Chris Bikerson said.

Truckers said the protest is really about public safety, but Illinois State Police worried it could actually make conditions dangerous for other drivers. They said impeding traffic on the expressways could cause traffic crashes as other drivers try to get around the slow-moving trucks.