Trump admin intends to roll back ban on offshore drilling 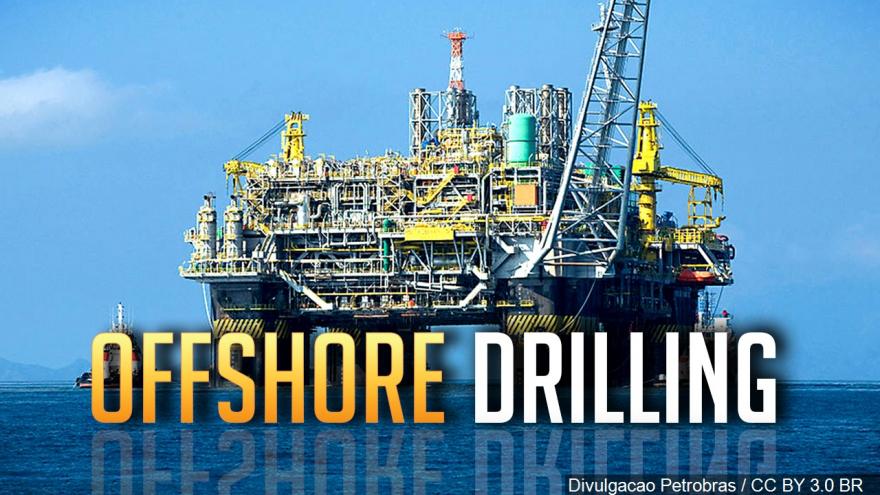 (CNN) -- The Trump administration Thursday announced plans to roll back a ban on new offshore drilling off the coasts of Florida and California and is considering more than 40 sites for leasing of natural gas and oil production.

"It's better to produce energy here and never be held hostage by foreign enemy needs," Zinke said, adding it's a "clear difference between energy weakness and energy dominance."

The proposal would increase drilling sites off the coasts of Alaska and in the Gulf of Mexico. It would reinstate leasing sites in Pacific and Atlantic waters.

But the announcement was met with immediate concern from environmental groups, and from Republican Florida Gov. Rick Scott, who released a statement in the middle of Zinke's announcement Thursday afternoon, asking to have waters off of Florida's coastline removed from consideration.

Zinke, who said he anticipated strong pushback, said the five-year-proposal would not move forward without state, community and congressional feedback, but refused to say that states would have the power to veto drilling off their own shores.

Lawmakers from New Jersey and Pennsylvania also voiced concerns about the effects on tourism and coastal economies.

Sen. Maggie Hassan, D-New Hampshire, tweeted, "Offshore drilling has caused some of the greatest man-made natural disasters of our time."

"The administration's backward-looking approach puts oil and gas profits first -- and will place our coastal communities and all they support at risk of the next BP-style disaster," said Natural Resources Defense Council President Rhea Suh.

In December, Interior issued a stop-work order on a National Academy of Sciences study reviewing the offshore oil and gas operations inspection program to enhance safety.

Zinke repeatedly said Thursday that any offshore drilling lease will come with the condition of safety.

"We will deepen commitment to environmental stewardship, because we do it right," he said.

The U.S. Chamber of Commerce praised the move in a statement, saying it "would help cement America's role as an energy superpower, creating jobs and contributing to our economy."

"For decades, our nation has needlessly limited our own ability to harness oil and gas resources. This new plan sets a much different course," the Chamber said.