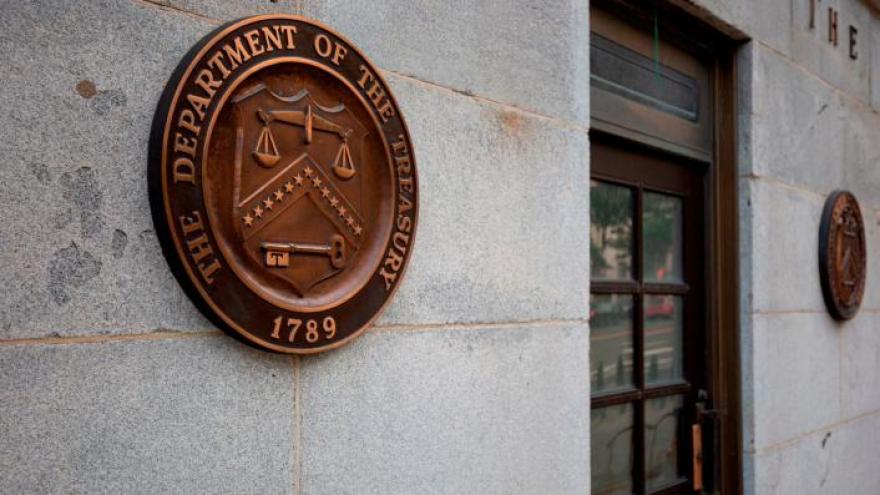 The Treasury Department is considering extending the April 15 tax filing deadline to curb the financial impact of coronavirus on American households and businesses, according to The Wall Street Journal. The US Treasury Department building is seen in Washington, DC, on July 22, 2019.

(CNN) -- The Trump administration is considering extending the April 15 tax filing deadline to curb the financial impact of coronavirus on American households and businesses, two people familiar with the plans told CNN.

The idea has been discussed among White House and Treasury Department officials over the past few days, the people said. The Internal Revenue Service would likely extend the deadline by at least several months or waive fees associated with late filing.

Last week, when asked about the notion of delaying the deadline, Treasury Secretary Steven Mnuchin told lawmakers it wasn't under consideration.

But since then, the White House has heard from some allies, along with public statements from certain Democrats, that extending the deadline could be a way to reduce the economic fallout from coronavirus.

The possible delay was earlier reported by The Wall Street Journal.

President Donald Trump is urging lawmakers to consider financial assistance to businesses and workers as the virus' spread has caused economic concern and shocked the global markets. The President, along with Mnuchin and Larry Kudlow, the director of the National Economic Council, met with Senate Republicans Tuesday to push economic stimulus proposals, including a payroll tax cut, as part of an economic stimulus package.

After the hour-long meeting in the Capitol, where the conversation included proposals of payroll tax holidays for workers, targeted relief for hard-hit industries -- like airlines, cruise ships, restaurants and retail -- tax cuts to help small businesses better afford sick leave for their workers and other proposals, some GOP senators remained skeptical about quickly passing an expensive stimulus package.

Last week, the Federal Reserve slashed interest rates by half a percentage point in an effort calm economic concerns over the outbreak.

There are at least 1,000 confirmed cases of coronavirus in the US.