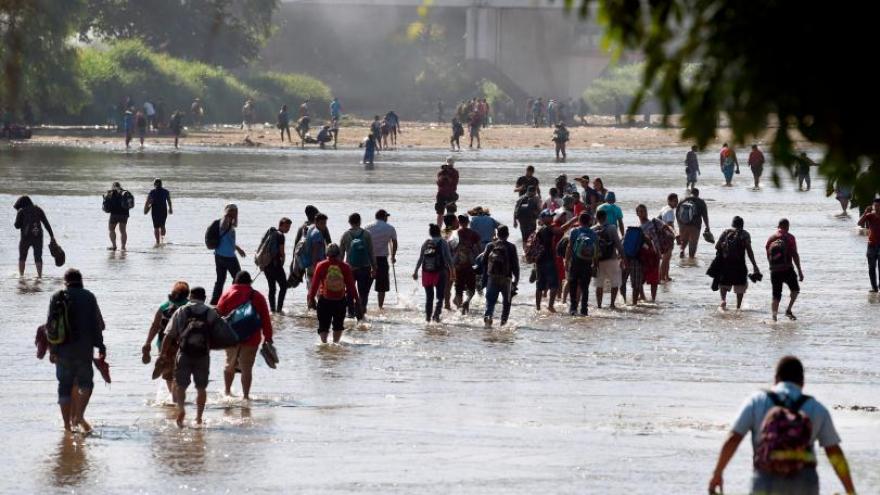 The Trump administration has finalized a regulation that would place more limits on migrants seeking refuge in the United States.

(CNN) -- The Trump administration has finalized a regulation that would place more limits on migrants seeking refuge in the United States, the latest in a series of rules that make it exceedingly difficult to claim asylum in the US and serving as yet another example of the challenges an incoming Biden administration will face in undoing President Donald Trump's policies.

Under the rule, for example, an individual's asylum claim could face greater scrutiny if the person traveled through at least one country while on the way to the US but didn't seek refuge there.

The Trump administration applied a similar rule to migrants traveling through Mexico from Latin America, but the latest rule widens the scope of people who could fall under those restrictions, with some exceptions, such as a victim of human trafficking.

The regulation also says that living unlawfully in the US for more than a year prior to filing for asylum would be considered a "significant adverse factor," despite exceptions that currently exist. Similarly, failure to file taxes or having a criminal conviction could count against an individual's asylum claim.

"The Final Rule, consistent with the Immigration and Nationality Act (INA), will enable the Departments to more effectively separate baseless claims from meritorious ones," the Justice Department said in a release Thursday.

Biden will inherit the Trump administration's restrictionist immigration agenda. While the latest asylum rule is likely to face legal challenges, it's an example of the type of policies Biden has pledged to undo.

The makeup of the Biden-Harris transition team reviewing the Department of Homeland Security appears to signal the incoming administration's awareness of those actions, with Ur Jaddou, former chief counsel at US Citizenship and Immigration Services, as the team lead, and with the selection of Alejandro Mayorkas as Homeland Security secretary. But undoing policies -- as Biden has said he'd do -- will be a steep challenge, both logistically and politically.

The regulation is set to publish in the Federal Register on Friday.