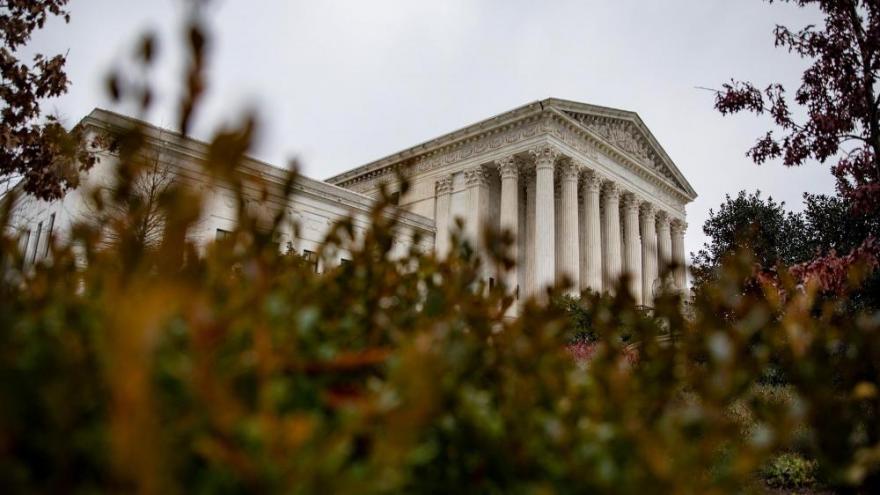 The Trump administration urged the Supreme Court to allow a Louisiana abortion access law to go into effect, arguing that it does not pose an unconstitutional burden on women seeking an abortion.

(CNN) -- The Trump administration urged the Supreme Court on Friday to allow a Louisiana abortion access law to go into effect, arguing that it does not pose an unconstitutional burden on women seeking an abortion.

The law at issue requires doctors to have admitting privileges in a local hospital within 30 miles of the facility where the abortion is performed. Critics say there is no medical justification for the law and are fearful that the case will provide the justices with a chance to chip away at abortion rights. A lower court upheld the law, but a 5-4 court, with Chief Justice John Roberts siding with the court's liberals, stepped in to temporarily block the law to give the Supreme Court time to consider the issue.

In Friday's filing, Solicitor General Noel Francisco told the court in briefs that the law comports with Roe v. Wade, the landmark 1973 Supreme Court decision that legalized abortion nationwide. He argued that the law represents a state's "legitimate interest" in ensuring that abortion "like any other medical procedure" is performed under circumstances focused on the "maximum safety for the patient."

Francisco did not ask the Court to overturn prior precedent such as Roe, but suggested the justices might need to revisit a decision issued in 2016 where the court struck down a nearly identical law in Texas. He wrote that that case's ruling, which was decided when Justice Anthony Kennedy was still on the bench, might need to be "narrowed or overruled."

The government also argues the abortion clinics behind the case do not have the legal right or "standing" to bring the case.

The filing comes in a broader show of support on the case among national Republican lawmakers, demonstrating party unity on the issue. On Thursday, more than 200 members of Congress took a stronger position in a "friend of the court" brief filed in the case asking the court to reconsider, if not overrule, Roe.

Thirty-nine of the 53 Senate Republicans and 166 of the 197 House Republicans -- as well as two House Democrats -- signed the brief. The signers included Sens. Ted Cruz of Texas, Chuck Grassley of Iowa, Mike Lee and Mitt Romney of Utah and Tim Scott of South Carolina as well as Reps. Steve Scalise of Louisiana, Liz Cheney of Wyoming and Steve Chabot of Ohio.