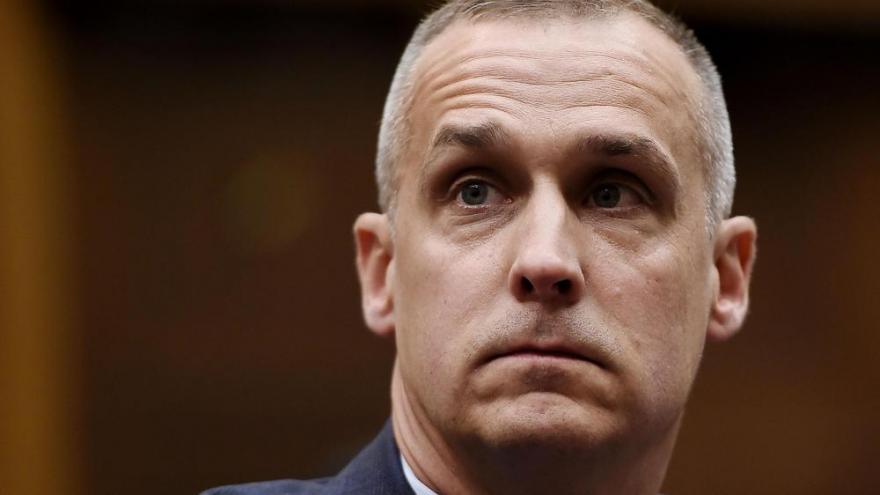 (CNN) -- Corey Lewandowski, an adviser to President Donald Trump's campaign, has tested positive for the coronavirus, he confirmed to CNN on Thursday.

Lewandowski said he is feeling fine and will stay home as a precaution.

He joins a growing list of individuals close to the President to have tested positive for the virus this week after attending campaign events in the lead-up to and days after the election.

Lewandowski shared a photo aboard Air Force One on November 2, alongside Bossie and others, before a Trump campaign rally in Wisconsin. Following Election Day, he traveled to Pennsylvania on behalf of the campaign, appearing in news conferences on election challenges. He also attended an election night party at the White House, where he was spotted wearing a mask during the event.

Lewandowski downplayed the possibility of having contracted the virus at the election night party, telling CNN he may have caught it when he was in Philadelphia.

But several of the individuals in Trump's orbit who have disclosed they have Covid-19 this week attended the election night party. And White House Chief of Staff Mark Meadows and four others around the White House and the Trump campaign also tested positive last week.

Guests stood shoulder-to-shoulder inside the East Room of the White House for the election night event. Most guests, including Meadows, were seen maskless.

The election night party came about a month after the President's own coronavirus diagnosis, which has been linked to another event at the White House where public health precautions seemed to be disregarded.

At least a dozen people tested positive for coronavirus after they attended the White House's outdoor ceremony announcing Amy Coney Barrett's nomination to the Supreme Court.

Attendees sat shoulder-to-shoulder and a majority of audience members disregarded mask use.