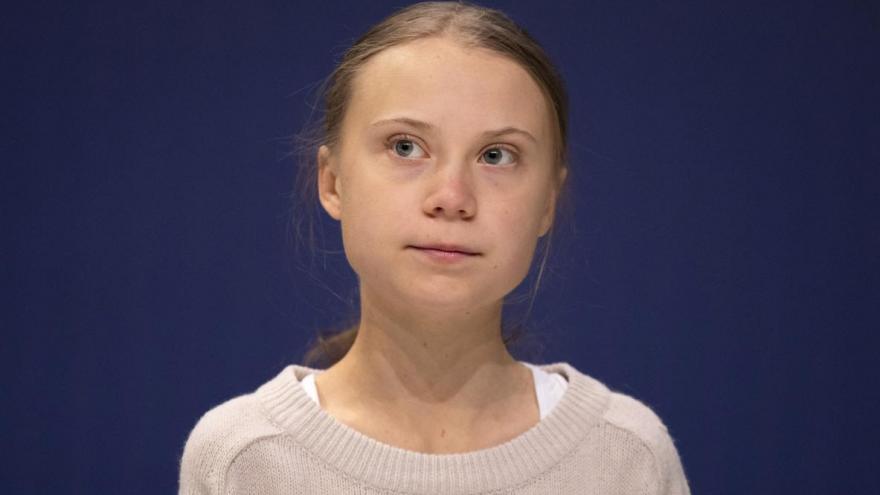 Thunberg, who was named Time magazine's Person of the Year earlier this week over Trump, has sternly castigated world leaders for not doing enough to combat the climate crisis, and memorably stared down Trump at the UN General Assembly in September. She has been open about her diagnosis of Asperger's, calling it a "superpower" that helps her activism.

"So ridiculous. Greta must work on her Anger Management problem, then go to a good old fashioned movie with a friend! Chill Greta, Chill!" Trump wrote Thursday morning, responding to a tweet congratulating Thunberg on being named Person of the Year.

Trump frequently attacks and mocks political enemies on Twitter, and previously went after Thunberg in September, though his Thursday morning broadside was still jarring coming from a sitting US president against a teenager.

Following the President's tweet, Thunberg updated her Twitter bio to reflect Trump's comments: "A teenager working on her anger management problem. Currently chilling and watching a good old fashioned movie with a friend."

In September, following her excoriation of world leaders at the UN, Trump tweeted of Thunberg: "She seems like a very happy young girl looking forward to a bright and wonderful future. So nice to see!"

At the time, Thunberg also updated her Twitter bio to refer to herself using Trump's words.

Former Vice President Joe Biden, the Democratic presidential frontrunner who has often taken Trump to task for his behavior, chastised the President for his tweet.

"What kind of president bullies a teenager? @realDonaldTrump, you could learn a few things from Greta on what it means to be a leader," Biden said on Twitter.

Time magazine announced Wednesday that it had chosen Thunberg as its Person of the Year, making her the youngest individual to be recognized.

"Thunberg has become the biggest voice on the biggest issue facing the planet—and the avatar of a broader generational shift in our culture that is playing out everywhere from the campuses of Hong Kong to the halls of Congress in Washington," Time editor-in-chief Edward Felsenthal wrote.

Trump, House Speaker Nancy Pelosi, the Whistleblower who sparked the impeachment inquiry and Hong Kong protesters were on the shortlist for who has been the most influential this year. Trump deeply covets being Person of the Year: he thanked Time when he was chosen in 2016 and lashed out at the magazine a year later when he was passed over.