Trump and his children may be deposed by New York attorney general, judge rules 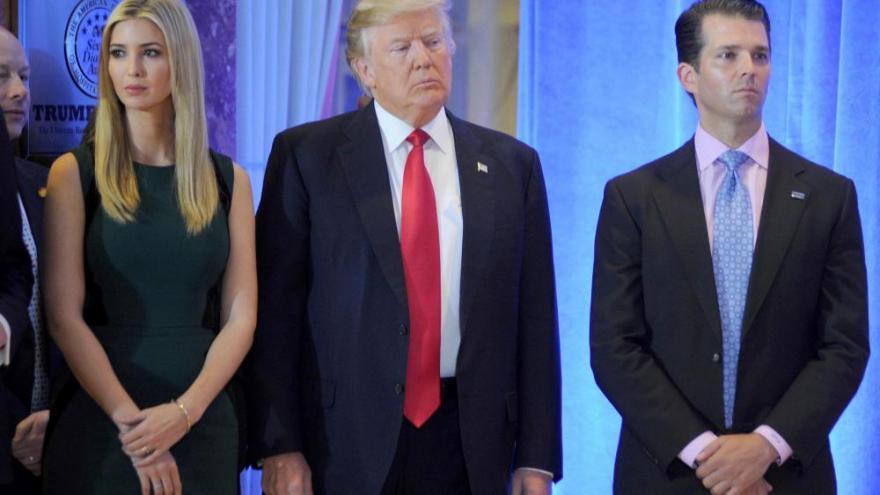 Ivanka Trump and Donald Trump Jr. have been subpoenaed by the office of the New York State Attorney General to provide testimony in the ongoing investigation into the business dealings of (their father) former President Donald Trump and The Trump Organization.

(CNN) -- Former President Donald Trump, as well as his children Ivanka and Donald Jr., must sit for depositions in the New York attorney general's civil investigation of their business practices, a New York judge ruled Thursday.

New York Supreme Court Judge Arthur Engoron issued his ruling the same day that he held a contentious two-hour hearing over the matter. The Trumps were seeking to quash the subpoenas from Attorney General Letitia James, while she was asking the court to order them to comply.

On several occasions throughout the hearing, the judge expressed skepticism toward the Trumps' arguments that sitting for testimony in the civil investigation would undermine their constitutional rights.

During Thursday's hearing, Trump's lawyers indicated they would appeal an unfavorable decision.

James asked the court to compel compliance with her subpoenas, which also include a request for certain records that she said Trump hasn't handed over.

"In the final analysis, a State Attorney General commences investigating a business entity, uncovers copious evidence of possible financial fraud, and wants to question, under oath, several of the entities' principles, including its namesake," Engoron wrote. "She has the clear right to do so."

During Thursday's hearing, Engoron asked why the Trumps couldn't just invoke the Fifth Amendment's protections against self-incrimination and refuse to answer specific questions.

"Can't they refuse to answer? Isn't that what Eric Trump did 500 times?" the judge said, referring to a deposition that Trump's son already gave in the investigation.

In their efforts to quash the subpoenas, the Trumps' lawyers argued that if James wants their testimony, she should bring them before a grand jury where they could be granted immunity.

The lawyers pointed to a separate criminal investigation by the Manhattan district attorney that is underway, and they emphasized the coordination between that office and James's office.

Ronald Fischetti, who is representing Trump in the district attorney's criminal investigation, argued that if the former President was forced to invoke the Fifth Amendment, it would be on the front page of every newspaper and would taint the jury pool if a criminal case was brought against Trump.

The former President also has filed a request to freeze James' investigation altogether, saying she's engaged in a political and selective prosecution and is improperly biased against him.

The judge was skeptical of those arguments as well, pushing back on claims from Trump's lawyer Alina Habba that the attorney general was discriminating against Trump on the basis of his political views.

Habba at one point said the attorney general's office should be asked whether it intends to investigate Hillary Clinton for supposedly spying on Trump Tower -- a reference to a recent legal filing in special counsel John Durham's investigation that has been mischaracterized by conservative media.

The judge however did note that James has made sensational public comments as both a candidate and in office, vowing to investigate Trump.

"It's arguably a circus that she's done," the judge said.