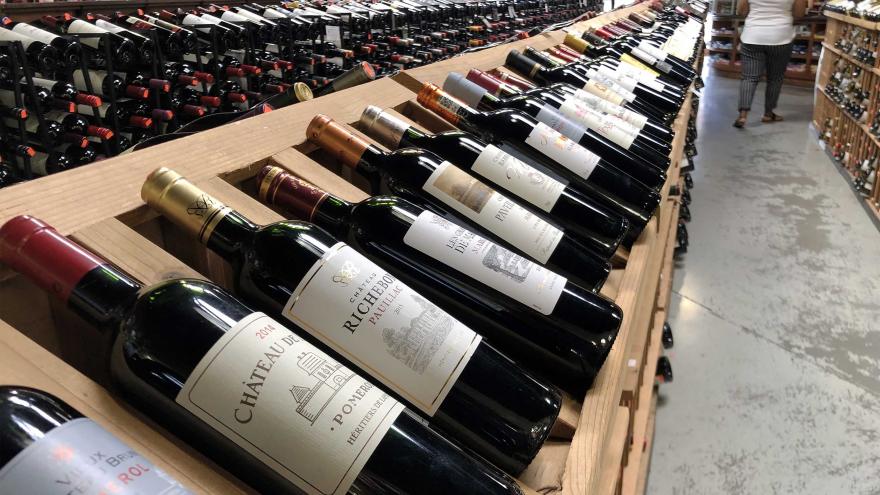 (CNN) -- President Donald Trump and his French counterpart have agreed to hold off on escalating a trade war, officials said, avoiding for now a massive new tariff increase on French goods such as wine, cheese and handbags.

Trump had threatened the new duties in retaliation for a tax slapped on revenue earned in France by American tech firms such as Facebook and Google.

Wine importers, along with other businesses that sell French products in the US, had protested the plans, saying the expected 100% tariff would cost American jobs and gut their livelihoods.

The White House said Monday that Trump spoke with French President Emmanuel Macron and "agreed it is important to complete successful negotiations on the digital services tax," though did not confirm his decision to hold off on tariffs for now.

Macron tweeted he had a "great discussion" with Trump.

"We will work together on a good agreement to avoid tariff escalation," he wrote.

The two sides will hold off on potential tariffs until the end of the year, the French official said, as negotiations over the digital tax continue at the Organization for Economic Cooperation and Development.

French products, such as Le Creuset Dutch ovens, Hermès handbags and Roquefort cheese, were all in line for the new tariffs, but it was wine that received the bulk of the focus.

One wine importer likened the potential tariffs to the greatest threat to the industry since Prohibition.

A 25% tariff on French wine remains in place due to a separate trade dispute related to Airbus.