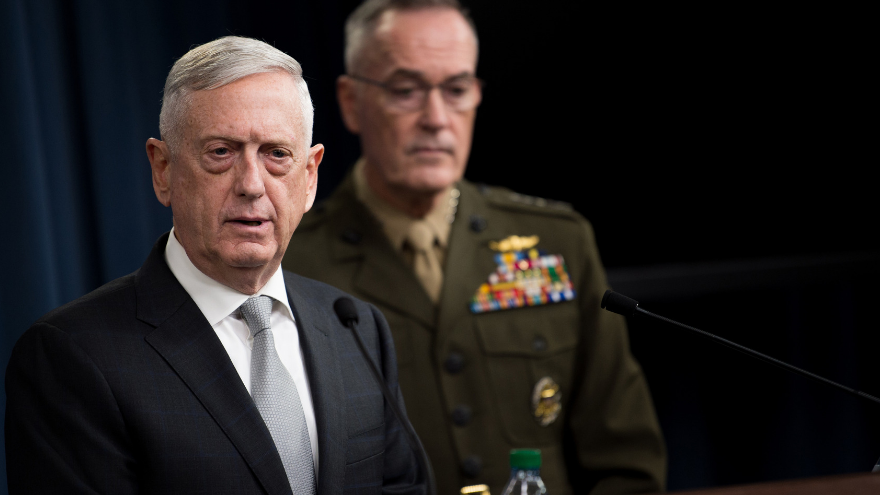 "General Jim Mattis will be retiring, with distinction, at the end of February, after having served my Administration as Secretary of Defense for the past two years," Trump tweeted.

Trump touted the "tremendous progress" that has been made during Mattis' tenure at the helm of the Defense Department and thanked Mattis for his service.

Trump said a successor "will be named shortly."

Trump announced Mattis' exit a day after his plans to withdraw troops from Syria became public, a decision that Mattis and the President's other top national security advisers opposed.

It was not immediately clear whether Mattis was ousted or whether he decided to retire, but his relationship with the President has frayed in recent months.