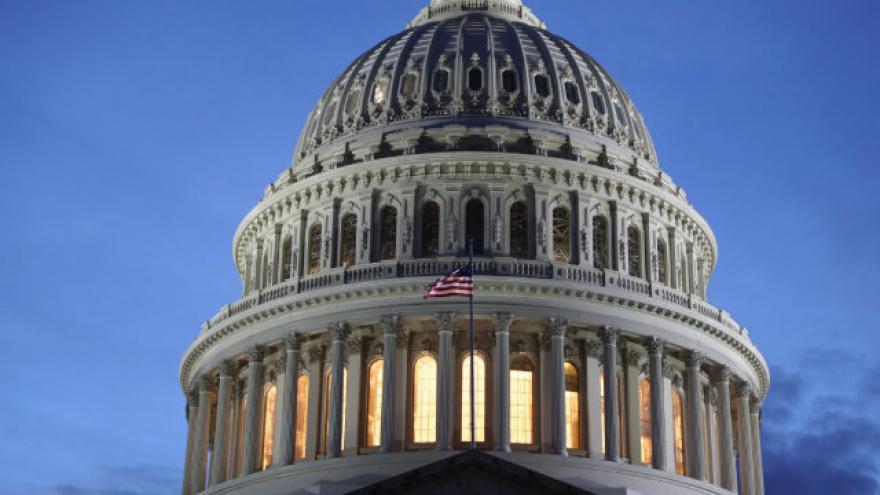 (CNN) -- President Donald Trump announced during Tuesday's State of the Union address that his second summit with North Korean leader Kim Jong Un will take place in Vietnam on February 27 and 28.

"We continue our historic push for peace on the Korean Peninsula. Our hostages have come home, nuclear testing has stopped and there has not been a missile launch in more than 15 months. If I had not been elected President of the United States, we would right now, in my opinion, be in a major war with North Korea," Trump said.

"Much work remains to be done, but my relationship with Kim Jong Un is a good one. Chairman Kim and I will meet again on February 27 and 28 in Vietnam," he added.

The city in Vietnam is still being discussed but the contenders are Hanoi and Da Nang, according to a source familiar with the summit's planning.

A source familiar with the negotiations says that North Korea favors Hanoi given that they have an embassy there. The US favors Da Nang given the fact that there was recently an APEC summit in the city which means the US has already conducted a full check.

The State Department special representative to North Korea, Steve Biegun, is heading to Pyongyang on Wednesday to solidify some details related to the summit, including the city where it will take place. He will also press for the North Korean counterpart to attend a series of working level meetings before the summit.

With the summit just three weeks away, follow-up meetings at a working level will be needed, especially as there was no progress on denuclearization during the last visit by a North Korean delegation to Washington, in January.

The North Koreans have also said that they would take steps on denuclearization if the US takes corresponding measures, though Biegun said last week that one of his tasks will be to figure out exactly what that means.

"Exactly what these measures are, are a matter I plan to discuss with my North Korean counterpart during our next set of meetings," Biegun said. "From our side, we are prepared to discuss many actions that could help build trust between our two countries and advance further progress in parallel on the Singapore summit objectives of transforming relations, establishing a permanent peace regime on the peninsula and complete denuclearization."

Biegun also signaled that the US may be open to signing a treaty to end the Korean War.

"President Trump is ready to end this war. It is over. It is done," Biegun said. "We are not going to invade North Korea. We are not seeking to topple the North Korean regime."

"Vietnam and the US used to point guns and knives against each other, but they have become friends," Kim said.

"We expect that Vietnam will serve as a background better than any other site for North Korea and the US to write a new history."

Trump and Kim Jong Un met last year in Singapore, where the North Korean leader agreed to "work toward complete denuclearization of the Korean Peninsula."

Trump later declared that the meeting had eliminated any nuclear threat posed by North Korea, even though it had produced no verifiable proof that the rogue regime will discontinue its nuclear program.

Trump's announcement Tuesday came just hours after news of a confidential United Nations report that found North Korea is moving its nuclear and ballistic weapons to hide them from potential US military strikes.

The North Korean nuclear and missile program remains intact and shows no change in Pyongyang's behavior, the biannual report says.

Last week, Trump praised North Korea for "tremendous progress" in negotiations and he has routinely touted that progress as evidence of a successful administration in recent months.

"We have made a lot of progress as far as denuclearization's concerned, and we're talking about a lot of different things," he said on January 19.

But Trump's top intelligence officials appeared to contradict that claim during a public hearing last week on Capitol Hill.

"We currently assess that North Korea will seek to retain its WMD capabilities and is unlikely to completely give up its nuclear weapons and production capability because its leaders ultimately view nuclear weapons as critical to regime survival," Director of National Intelligence Dan Coats told lawmakers.

His CIA counterpart, Gina Haspel, said during that same hearing that Pyongyang "is committed to developing a long-range nuclear-armed missile that would pose a direct threat to the United States."

Still, Coats acknowledged at the time that North Korea seems to have halted, for now, its missile and nuclear tests, a development Trump also has touted as evidence of successful diplomacy. Haspel indicated that Kim does "value dialogue" with the United States, and the US sees "indications" that he is "trying to navigate a path for some kind of better future" for the North Korean people.

On Monday, CNN reported that the US and South Korea have reached a preliminary agreement on the cost of keeping nearly 30,000 US troops in South Korea, alleviating fears among some of Trump's advisers that he could move to withdraw the troops during his upcoming summit with North Korea's leader.

The agreement could also still get nixed by Trump. It is unclear if the President has personally signed off on what his top negotiators have agreed to. The National Security Council did not respond when asked if Trump has signed off on the current agreement.

Trump has long publicly lamented the cost of stationing US troops around the world and has privately pressed his advisers about the possibility of withdrawing US forces from the country.

His top national security advisers have repeatedly urged him against doing so and stressed the benefit of having US military bases in the region.