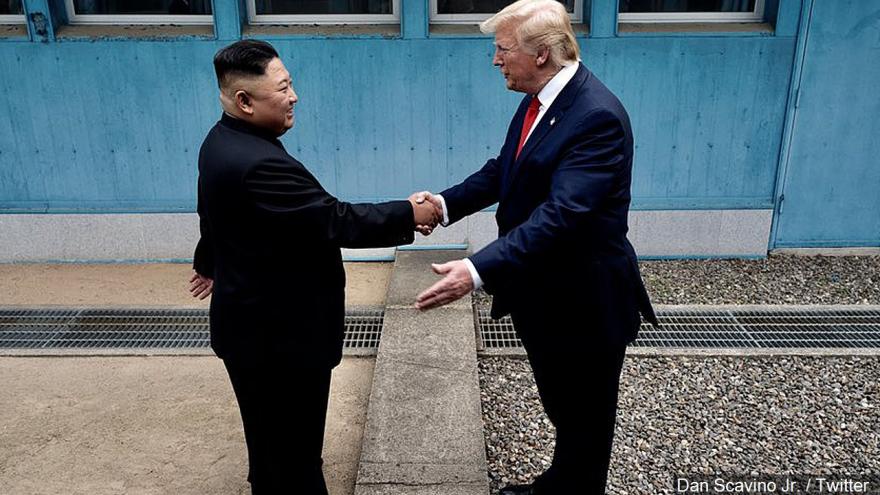 South Korea's Director of the National Security Office, Chung Eui-yong, informed reporters of Trump's request at Incheon Airport on Friday. Chung was returning from a visit to Washington where he briefly met with Trump on Wednesday -- Kim's birthday.

"President Trump remembered, and as he said well-wishing remarks about Chairman Kim Jong Un's birthday, he requested that it'd be good if President Moon can deliver that message to Chairman Kim Jong Un," Chung said. "As far as I know, such message has been delivered to the North in an appropriate way."

Trump has attempted to nurture a personal relationship with Kim as a way of breaking the stalemate over North Korea's nuclear program. But despite occasional outreaches to each other, Kim said there "will never" be denuclearization on the Korean Peninsula if the US "persists in its hostile policy towards" North Korea, and indicated that his country could soon resume nuclear weapon testing.

Trump's birthday message this week is not the first instance of such a greeting between the two leaders. In June, Trump touted receiving "a beautiful letter from Kim Jong Un" -- the first since their February summit in Hanoi, from which both leaders left empty-handed after stalled denuclearization talks.

An administration official described that letter as a "birthday greeting." Trump's birthday was later that week, and the official said at the time that Kim wished the President good health.