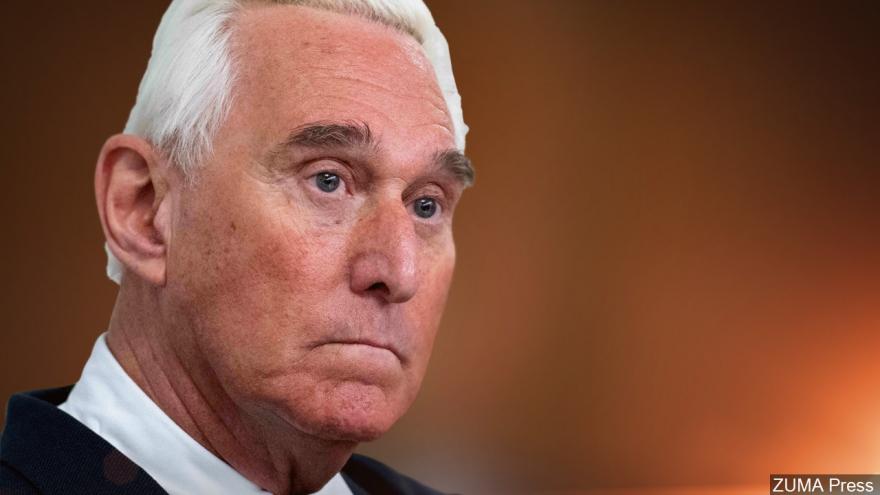 (CNN) -- Longtime Trump associate Roger Stone was found guilty of lying to Congress and other charges in a case that has shed new light on President Donald Trump's anticipation of the release of stolen Democratic emails in 2016.

Stone, a political provocateur, was found guilty of all seven counts brought by the Justice Department, a victory for special counsel Robert Mueller's investigation. Stone was found guilty on five counts of lying to Congress, one of witness tampering, and one of obstructing a Congressional committee proceeding.

The verdict marks a stunning conclusion to one of the highest profile prosecutions to emerge from special counsel Robert Mueller's Russia investigation -- a case that began with one of Trump's most vocal supporters arrested during a pre-dawn raid as the special counsel's investigation wound down, and that since then has gradually revealed new information about the Trump campaign's positive reception to foreign interference in the 2016 election.

According to prosecutors, Stone failed to turn over documents to Congress in 2017, showing he had sought to reach WikiLeaks the previous year, and lied about five facts, obscuring his attempt to use intermediaries to get information that could help then-candidate Trump in the election against Hillary Clinton.

WikiLeaks had released emails in July 2016 that the Russians had hacked from Democratic Party servers, and followed up with drops of emails stolen from the Clinton campaign's chairman in October 2016, continuing until Election Day.

Stone's trial at a federal courthouse in Washington revealed the extent to which the longtime Trump friend was directly in touch with Trump and other campaign officials about Wikileaks' 2016 release of hacked Democratic emails.

Prosecutors argued that witness testimony, along with Stone's texts, emails and phone records, showed Stone's interest in reaching WikiLeaks about the hacked documents it had, and speaking to the Trump campaign and even Trump himself about it. Prosecutors said Stone lied to Congress out of a desire to protect Trump.

"It would look really bad for his longtime associate Donald Trump" if the truth had come out," Prosecutor Jonathan Kravis said in his closing argument on Wednesday.

Stone's defense team countered that Stone didn't have a motive to protect Trump when he testified to the House in 2017, because Trump already had won the election and become President.

Witnesses in the trial included a cast of Trump-world characters like former White House strategist Steve Bannon and former Trump campaign deputy chairman Rick Gates, a key cooperator in Mueller's investigation. Both emphasized the campaign's interest in hacks and leaks dating back to April 2016.

During the trial, prosecutors revealed several phone calls placed between Trump and Stone, including a July 2016 conversation in which Gates testified that Trump and Stone spoke about the planned release of hacked Democratic emails.

In his written answers to Mueller, Trump said he didn't recall his conversations with Stone, nor discussions about WikiLeaks and the Democratic hack.

Prosecutors argued that Stone's alleged failure to tell Congress about the attempts to reach WikiLeaks left the House Intelligence Committee with a blind spot in their investigation--causing the committee's final report on Russian interference in the election to be inaccurate.