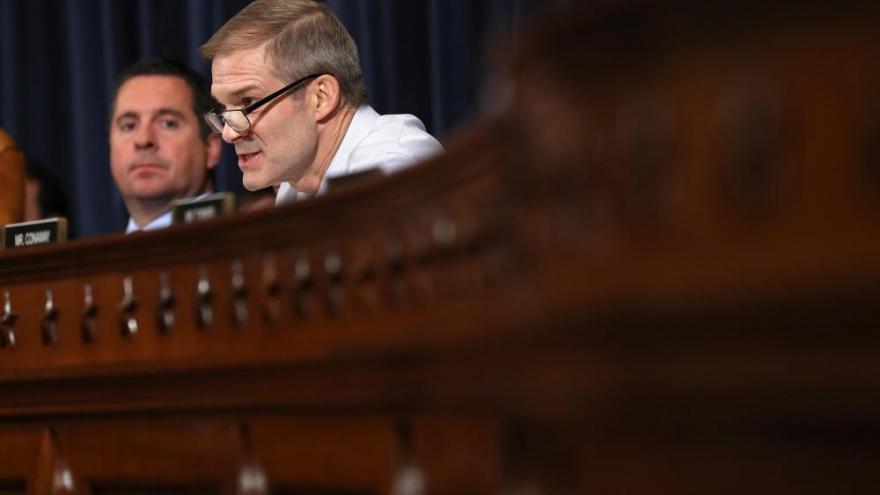 President Donald Trump awarded the Medal of Freedom to one of his most vocal political allies who defended him throughout his impeachment, California Rep. Devin Nunes, on Monday.

(CNN) -- President Donald Trump awarded the Medal of Freedom to one of his most vocal political allies who defended him throughout his impeachment, California Rep. Devin Nunes, on Monday.

Nunes, the top Republican on the House Intelligence Committee who worked closely with the President to undermine the Justice Department's Russia investigation, was awarded the medal at a ceremony closed to the press, according White House deputy press secretary Judd Deere.

A White House statement announcing that Nunes would get the medal -- the nation's highest civilian honor -- mostly credits the congressman for his efforts defending the President.

Trump is also is expected to bestow the medal to another impeachment ally, Ohio Rep. Jim Jordan, before he leaves office, multiple sources told CNN.

Though Medal of Freedom ceremonies have almost always included crowds and press during Trump's time in office -- including during the coronavirus pandemic -- Nunes' medal ceremony was not disclosed on Trump's public schedule for the day and the media was not allowed to enter the event.

Those are just three names amid a slew of others who have either put their names on the list, or urged allies to do so on their behalf, according to multiple White House officials. Trump has often used the Medal of Freedom to reward his allies, whether they be financial, political or just old friends. And he now appears prepared to do so again before leaving office, even though he has not yet publicly acknowledged his election loss to President-elect Joe Biden.

Several people close to Trump have noted that, as his time in office comes to an end, one of the things he'll likely miss the most is not the work of the presidency but the trappings that come with it: the motorcades, rides on Marine One, tours of the Lincoln Bedroom given to dinner guests, a constant press corps at his side -- but also Medal of Freedom ceremonies. Trump often delights in them and has done so for multiple friends, political donors and athletes over the last four years.