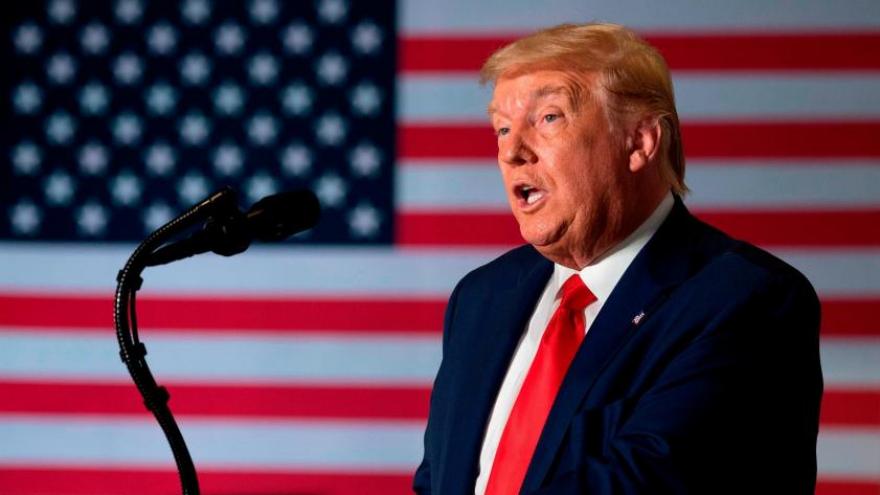 President Donald Trump announced that there will not be Republican convention activities in Jacksonville, Florida. Events in Charlotte, North Carolina, will still be held.

(CNN) -- President Donald Trump announced Thursday that there will not be Republican convention activities in Jacksonville, Florida. Events in Charlotte, North Carolina, will still be held.

In a striking turnabout, Trump said he informed his team that his focus was on protecting the American people, even though aides advised him they could make an in-person convention safe.

"I looked at my team and I said the timing for this event is not right. It's just not right," Trump said at the White House. "To have a big convention, it's not the right time."

"There's nothing more important in our country than keeping our people safe," Trump said.

He said he would still deliver a convention speech but in a "different form."

"I think we're going to do it well," he said of the modified plans to convene rallies online.

Earlier in the pandemic, Trump forced the Republican National Committee to embark upon an extensive search for a new venue to host an in-person convention after North Carolina's Democratic governor balked at the prospect of a major gathering.

His decision Thursday marks a complete reversal after insisting for months that an in-person acceptance speech be delivered before a massive crowd.