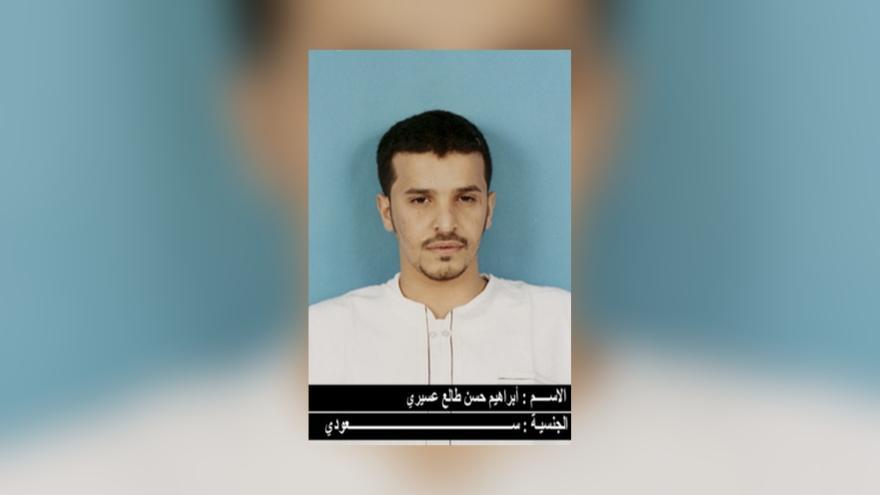 The White House made the announcement as the President faces a news cycle dominated by bipartisan criticism over his decision to withdraw US troops from northern Syria and new developments in the controversy over Trump's efforts to push Ukraine for dirt on political rivals that have prompted an impeachment inquiry.

Al-Asiri was widely credited with perfecting miniaturized bombs with little or no metal content that could make it past some airport security screening. That ability made him a direct threat to the US, and some of his plots had come close to reaching their targets in the US.

The Saudi militant became known as the "underwear bomber" after building explosive devices used in a failed Christmas Day 2009 bomb plot meant to bring down a plane bound for Detroit. Al-Asiri was also responsible for another plot targeting US-bound cargo planes in 2010 with explosives hidden in printer cartridges.

"Al-Asiri's death significantly handicapped al-Qa'ida in the Arabian Peninsula. The United States will continue to hunt down terrorists like al-Asiri until they no longer pose a threat to our great Nation," Trump wrote Wednesday.

In August 2018, CNN reported that US officials expressed "confidence" al-Asiri was killed in a counter terrorism operation.

A UN report released the month prior also said al-Asiri was likely killed.

Since mid-2017, the organization has suffered losses of leadership and field commanders owing to extensive Yemeni and international counter-terrorist operations," said a June 2018 report by the Analytical Support and Sanctions Monitoring Team. "Some Member States report that explosives expert Ibrahim al-Asiri ... may have been killed during the second half of 2017. Given al-Asiri's past role in plots against aviation, this would represent a serious blow to operational capability."

Still, few expect al-Asiri's expertise to die with him.

CNN previously reported that officials believe he trained a number of apprentices. And since 2014, US officials have been concerned that bomb-making expertise built up by al Qaeda in the Arabian Peninsula has migrated to other groups, including al Qaeda operatives in Syria.

In addition to serving as a bomb maker, Al-Asiri had taken on a more public-facing role within al Qaeda in the Arabian Peninsula in recent years, including purportedly recording a speech the group released in 2016.

The most recent public statement attributed to him was a written speech released by the group on September 12, 2017, to coincide with the 16th anniversary of the 9/11 terrorist attacks. The speech promised an ongoing war against the United States.